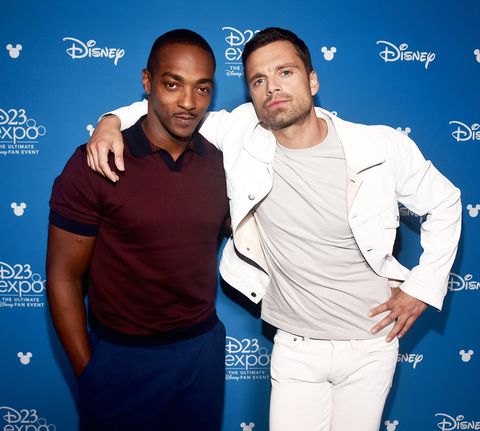 Sebastian Stan and Anthony Mackie first starred together in 2014’s Captain America: The Winter Soldier, but fans may be surprised to hear that the duo didn’t hit it off when they first met—all they did was shake hands.

Sebastian Stan a lot quieter than the naturally gregarious Anthony Mackie, but after spending some more time together on the press tour for The Winter Soldier, they became the best buds we know and love today.

And of course, fans of the duo (also lovingly known as Stackie, MackStan, and SebAnthony—take your pick) often show their love for the two actors online with memes, because at the end of the day, we all want one thing: for someone to look at us the way Sebastian Stan and Anthony Mackie look at each other.

The current pandemic has caused many changes, including shutdowns, and social distancing. Many wealthy people chose to vacate areas that were severely affected by a coronavirus (COVID-19), including New York City. In a recent interview with Fatherly, Anthony Mackie revealed that he encouraged Sebastian Stan to leave NYC and join him where he was, due to the significant outbreak in the area.

Sebastian Stan and Anthony Mackie both have impressive film histories independently; however, the duo has been successfully working together in the Marvel Cinematic Universe since 2014. Though the pair aren’t exactly best buds on screen, they are great friends in real life.

Sebastian Stan and Anthony Mackie co-star in the upcoming Disney+ series, which will explore life for Falcon and Winter Soldier after the exit of the original Captain America. Rumor has it that there may be two Caps in The Falcon and the Winter Soldier. Much is unknown about the upcoming MCU series on Disney+, including the release date.

Though Disney has not confirmed when the highly anticipated superhero series will hit the streaming platform, an article published by Deadline last month stated a potential August 2020 premiere.

The last time the duo were spotted filming was back in December, which put the pair in their character’s iconic battle gear. On Valentine’s Day, the playful pair took to Sebastian Stan Instagram page to poke at the annual holiday of love, as well as tease fans as they suited up for a day on set.