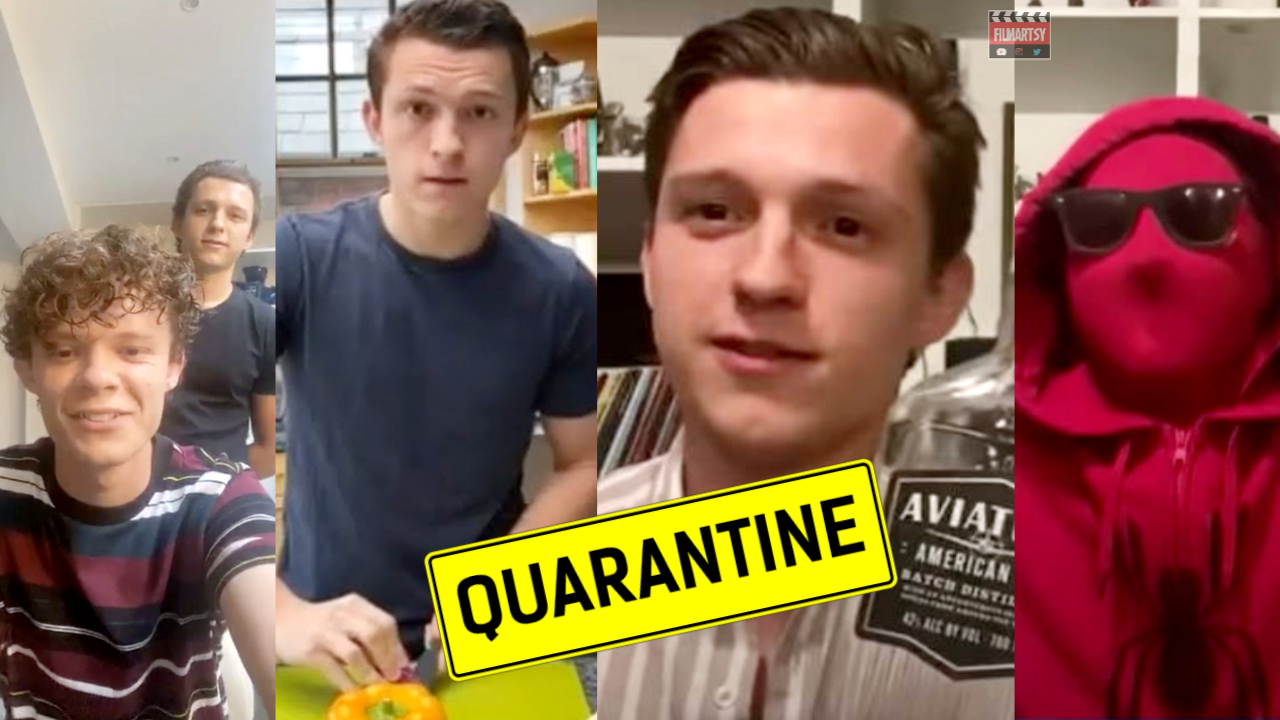 The actor was at his home in London accompanied by three “pals” who provided a laugh track in lieu of the regular studio audience.

When Kimmel asked how Holland is getting along with his housemates having been in lockdown for a month, the Spider-Man star joked that there has been a lot of “getting drunk” and that Ryan Reynolds recently sent him a case of “spider-gin.”He then went on to say that he’s lucky to be “doing fine” and living in a place that has a nice outdoor space.

Holland also said that he’s been “a little bit productive” and has been writing a screenplay with his brother Harry that they just sent out to producers. Making a joke, he said that sending the script to people has been nerve-wrecking because they might find out that he’s “stupid” or “can’t spell anything.”

Speaking about the disruption to his projects, Holland noted that he was in Berlin filming Unchartered when the coronavirus pandemic hit, and the film is now awaiting dates to be rescheduled. He will also be shooting the next Spider-Man installment in the near future, but he’s unsure exactly when.

Amid quarantine, Holland has been working with The Brothers Trust, a charity set up by his family to raise much-needed funds for various causes; and participating in “massive pub quizzes” as a way to ensure that a sense of community continues in this period of home isolation.

As for keeping up with his co-stars, he recently Facetimed Robert Downey Jr., who happened to be in the bath.

Concluding the segment, Kimmel asked Holland to say hello to his son Billy for his third birthday. Holland obliged, speaking to Billy in character as Peter Parker.

For more stories like this, check out our blog site.