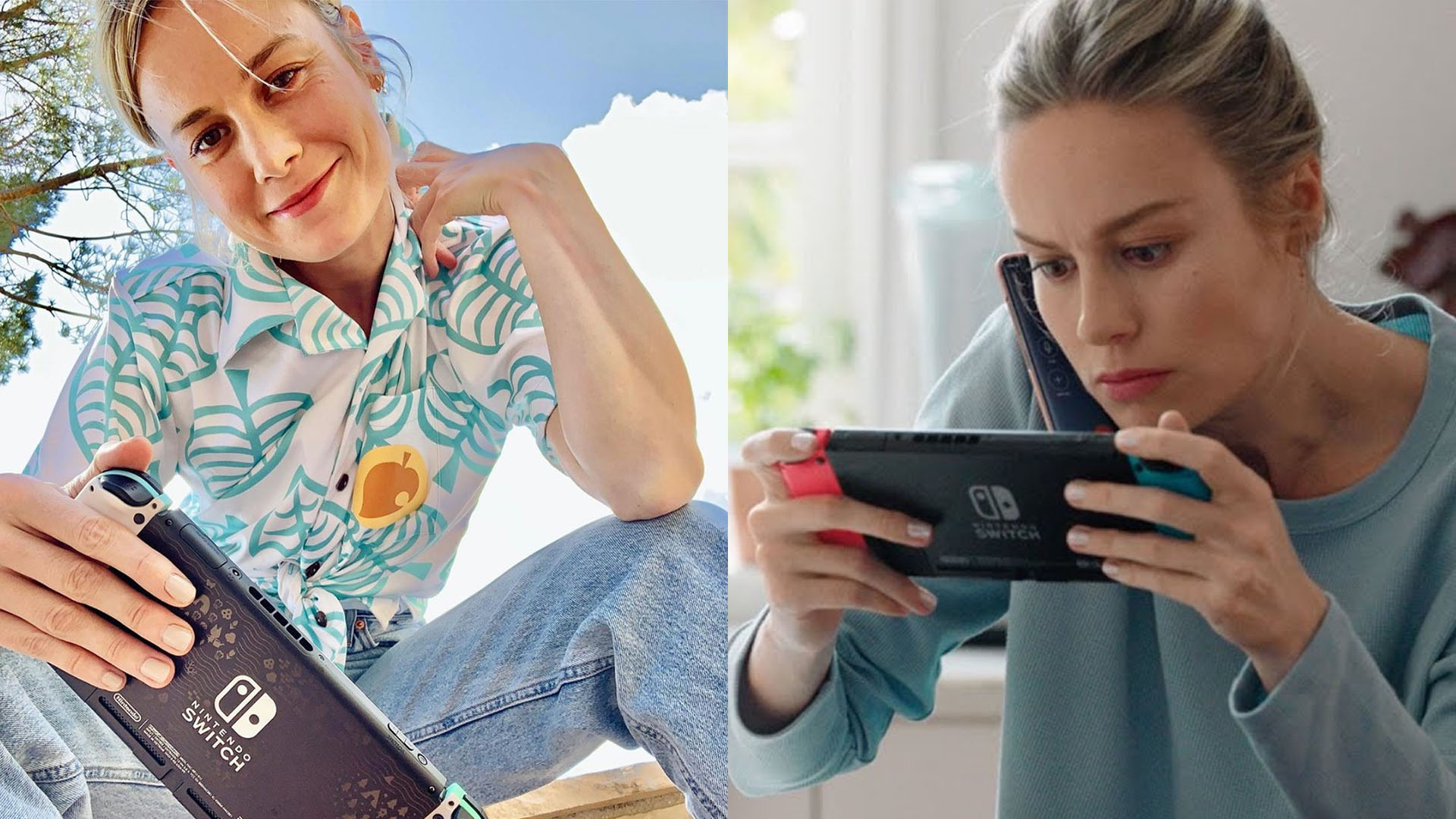 All products featured on Glamour are independently selected by our editors. However, when you buy something through our retail links, we may earn an affiliate commission.

Brie Larson has something to confess. “I feel like I’ve been working my whole life for this moment,“ she says from her home in Los Angeles. “My mom is thrilled, like, ‘Wow, all those hours of your life are being put into something.’”

It’s the kind of conversation one would expect Larson, 31, had with her mom after she won the Best Actress Oscar in 2016, but nope. Instead, it’s the culmination of thousands of hours playing video games that have landed Larson her first Nintendo commercial. “It is so surreal, a dream come true,” she says. “I am so genuinely passionate about Nintendo and their games that when I directed the film Unicorn Store, I put some of my home video footage in there from when I was a toddler holding a controller. There are just some deep memories there.”

Those memories include games like The Little Mermaid, Super Mario Brothers, Super Spike V’Ball, and especially, Duck Hunt. “Oh my gosh,” she says with the excitement of a kid on Christmas. “Duck Hunt just felt magical because I couldn’t understand how I was interacting with the TV in that way.”

And now she’s getting paid to do so. In the new commercial she’ll be playing Ring Fit Adventure, Fortnite, and Animal Crossing: New Horizons—games that are part of Larson’s everyday life. But it’s more than just recreational fun. Larson credits her love of gaming for helping her become a better actor and director.

“Because the story element [in a video game] is so legit, that’s what keeps you playing, just like in a movie when you love your lead character and want to overcome an obstacle,” she says. “You stick with it because you truly believe in the stakes and want to get to the end. I just love that so much.”

Chris Hemsworth Being Thirsted Over By Female Celebrities