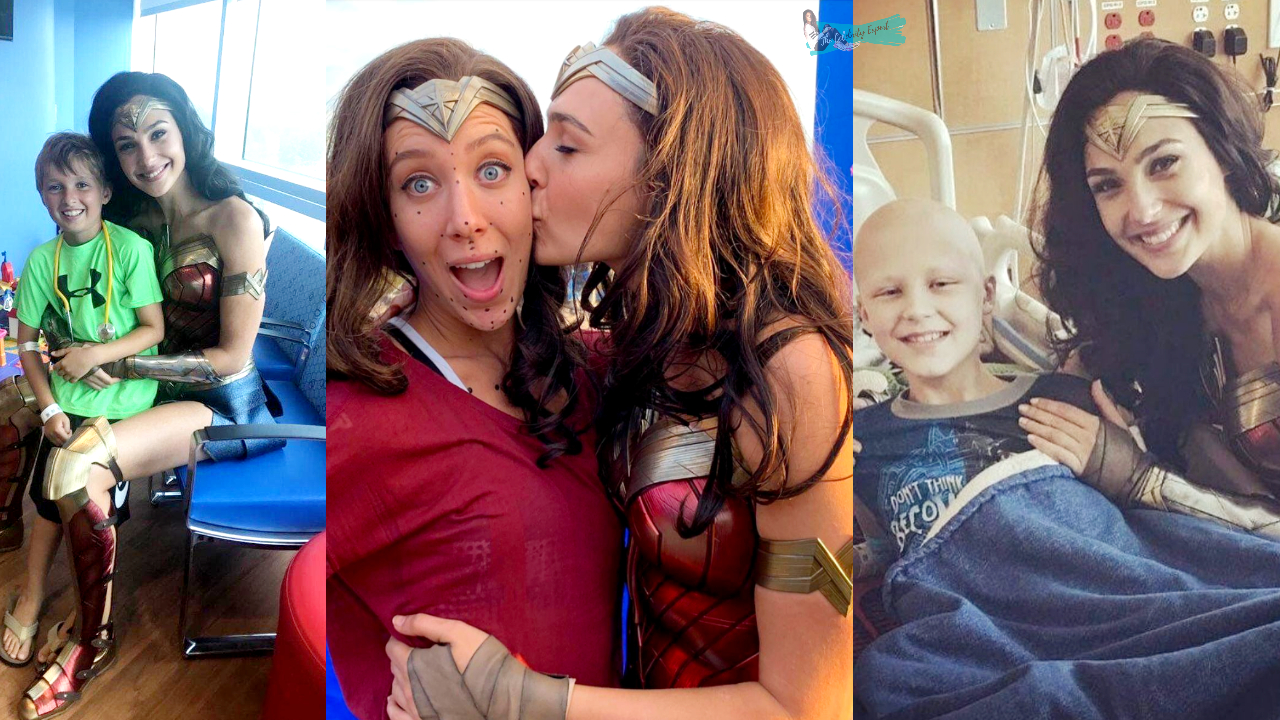 You can usually tell how much a celebrity cares about the project they’re working on based on how eager they are to sell it. In the cases of both Gal Gadot and Chris Pine, you can tell both have a lot of love for Wonder Woman

and both haven’t been afraid to show it. And if you weren’t aware of that fact the video of them surprising a group of fans at an advanced screening basically lays that out for you in living color.

Kalia Love Jones dreamed of being a filmmaker at an extremely young age, and at 14 years old, she created and self-funded an animated movie called ‘The Power Of Hope.’

Kelly chats with Kalia and her father Gerald to hear how she accomplished such an amazing achievement and surprises her with a special message from ‘Wonder Woman 1984’ star Gal Gadot and director Patty Jenkins.

Kaleena, Lis, and Morgan have quite surprise in the video coming up, unsuspectingly meeting Wonder Woman herself over a zoom call.

Gal Gadot surprised four frontliners who are fans of the superhero Wonder Woman during a video call to thank them for continuously treating patients during the ongoing COVID-19 pandemic.

The Wonder Woman star stressed that the four women were real-life superheroes for risking their lives to save others. Gadot joined the group’s call when they appeared on Good Morning America on May 27.

A six-year-old specially abled girl who completed a gruelling charity challenge has been called “the true Wonder Woman” by the actress who plays the superhero.

Lil Watson, who has a muscle-wasting condition, walked a kilometre a day for 30 days dressed as Wonder Woman.

Gal Gadot donated over £3,000 to her fundraising page, and a video message of thanks from Carmela was played to her on The One Show on BBC One.