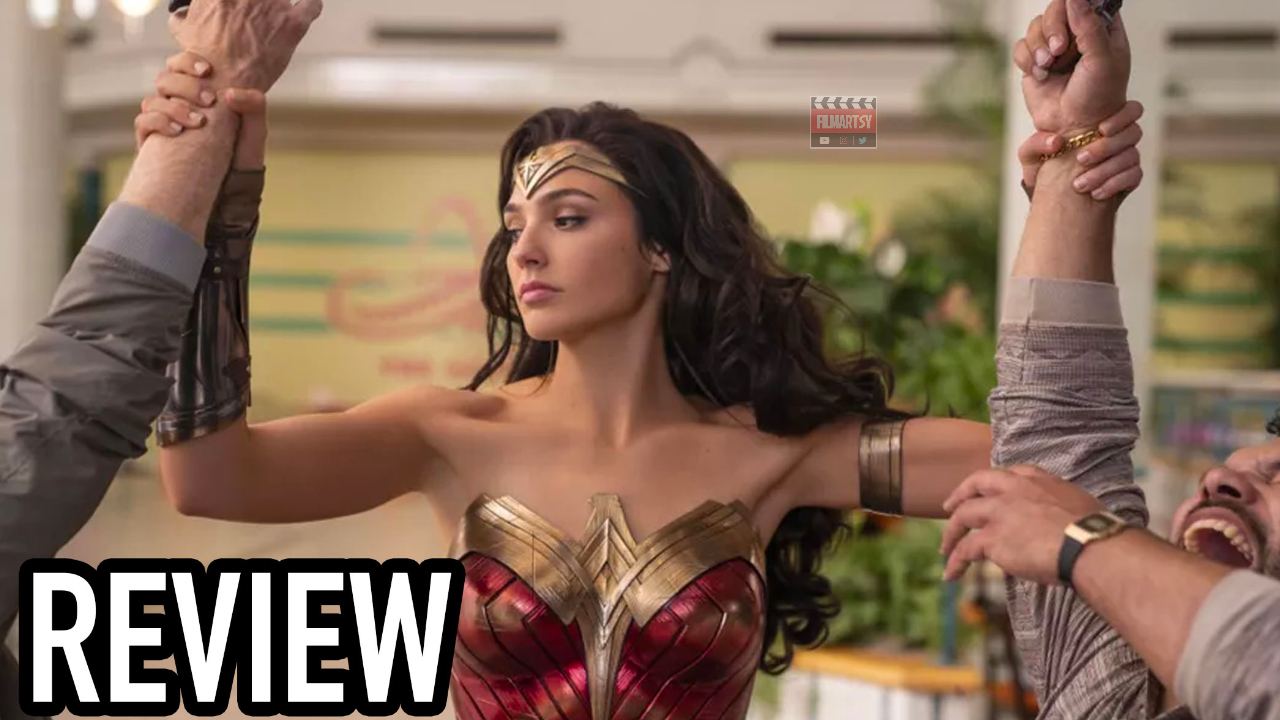 When “Wonder Woman” came out in 2017, it was a thrilling breath of fresh air, both within the darker realm of DC Comics adaptations and the larger context of bloated summer blockbusters. Director Patty Jenkins’ film offered equal parts muscle and heart, with a perfect tonal balance between transporting action and gentle humor, dazzling spectacle and charming romance. Crucially at its center was the impossibly charismatic Gal Gadot, who was more than just a gorgeous and statuesque stunner. She radiated goodness, light, and hope in a way that was infectious, that made you believe in the power of superheroes beyond facile platitudes about doing what’s right and protecting mankind.

Gadot remains a winning and winsome figure in “Wonder Woman 1984,” and she retains her authentic connection with the audience, but the machinery around her has grown larger and unwieldy. Maybe that was inevitable, the urge in crafting a sequel to make everything wilder and brasher, more sprawling and complicated. In the process, though, the quality that made the original film such a delight has been squashed almost entirely. And yet, the foundation of the script Jenkins co-wrote with Geoff Johns and Dave Callaham, based on William Moulton Marston’s original characters, is a pretty simple one: It’s an indictment of greed, of our entitled desire to have what we want and have it now. The story takes place at the height of Reagan-era conspicuous consumption, hence the title, but the point “WW84” is making about the destructive nature of avarice is certainly relevant today.

Too often, though, the instinct in evoking that period is to wallow in obvious nostalgia—popped collars on pastel Polo shirts, a Centipede game at the arcade, a B. Dalton Bookseller at the brightly-lit, triple-decker mall. There’s even the obligatory trying-on-clothes montage to allow Chris Pine’s resurrected World War I pilot to marvel at the ridiculousness of parachute pants. (Also: breakdancing! What is that all about?) We’ll get to Steve in minute, and to the potentially intriguing idea his return represents.

But what’s also disappointing about the “WW84” screenplay is that it feels like it belongs to a movie that actually came out in the ‘80s. Its plot-driving device would be right at home in a high-concept comedy: an ancient stone that immediately grants you whatever you wish for, resulting in both wacky hijinks and massive catastrophes. It’s a banal notion along the lines of “Weird Science” and “Zapped!,” a cautionary tale in which fantasy fulfillment ultimately doesn’t deliver the satisfaction its characters expect.