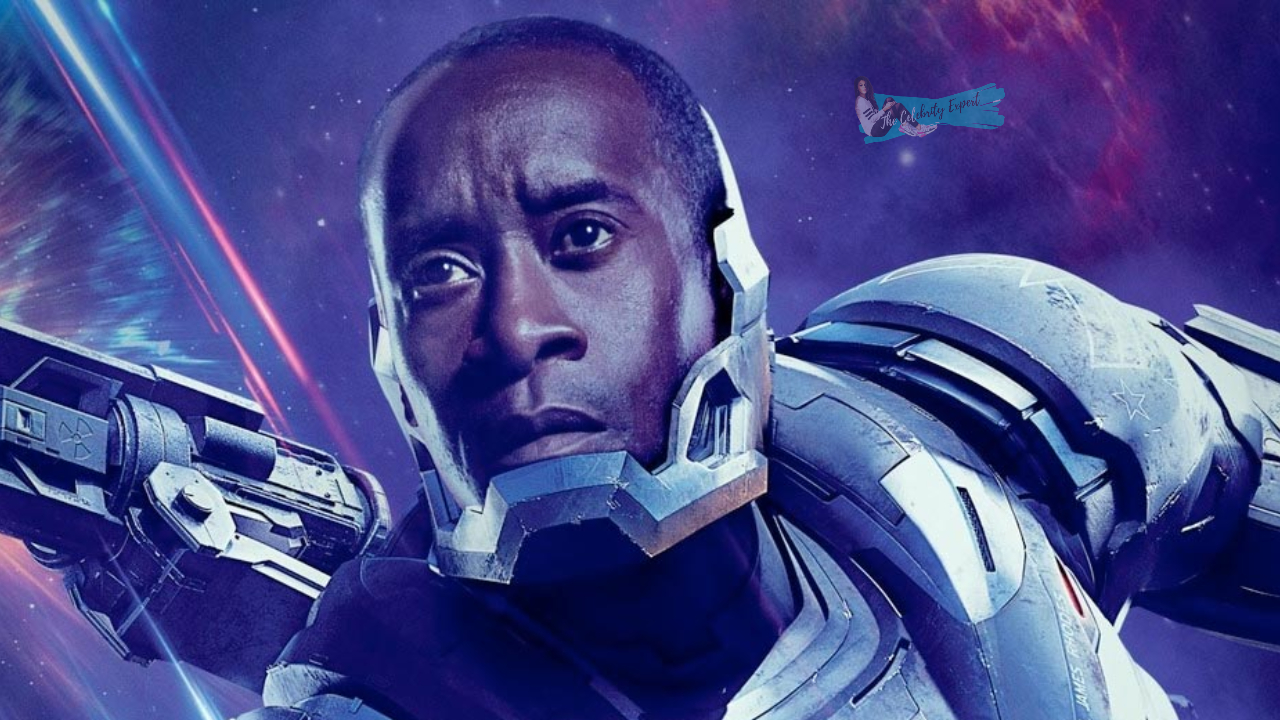 Don Cheadle was on a Television Critics Association panel for his Showtime series Black Monday, which returns for a second season on March 15. After the panel, Cheadle spoke with reporters further about his upcoming roles. There’s no confirmed project involving his MCU character James “Rhodey” Rhodes, but of course there’s potential for more.

Here are Cheadle’s thoughts about continuing to play Rhodey in films or streaming series. Plus, he discusses involvement or lack thereof in Space Jam 2 and the Netflix series Ratched.

Don Cheadle remains open to playing Rhodey again. The last time we saw him, he was at Tony Stark’s funeral.

“If there were to be one, I’d really want to dig into him and maybe even find something that felt closer to the first Iron Man for who he was,” Cheadle said. “I think they can go anywhere with him now.”

A Rhodey movie or a Rhodey series?

Disney+ is already planning three streaming series based on Avengers characters: The Falcon and Winter Soldier with Anthony Mackie and Sebastian Stan, WandaVision with Elizabeth Olsen and Paul Bettany and Loki with Tom Hiddleston. Cheadle hasn’t considered a streaming series yet.

“I really don’t know,” Cheadle said. “I haven’t given it much thought as far as which would be or if either would even be. That was an 11 year journey.”

That makes sense. It will be Kevin Feige’s decision and it will depend where Rhodey fits into Phase Four or beyond. It’s not unlikely that he could pop up in some of the forthcoming films.

Don Cheadle is playing a character in Space Jam 2

Don Cheadle is attached to Space Jam 2. Since this is a franchise in which famous people appear as themselves, like stars Michael Jordan and LeBron James, some people assumed he would be playing himself. But Cheadle is playing a character.

“No, I’m not playing myself,” Cheadle said. “I actually can’t tell you what I’m playing.”

So the decades-later Space Jam sequel is as secretive as the MCU movies Cheadle stars in.

Don Cheadle is not in Ratched

IMDB lists Don Cheadle in the cast of Ratched. Ryan Murphy created the upcoming Netflix series starring Sarah Paulson as Nurse Ratched, the nurse who terrorized Jack Nicholson in One Flew Over the Cuckoo’s Nest. It sounds like an intense, dramatic series. The one problem is that Don Cheadle is not in it.