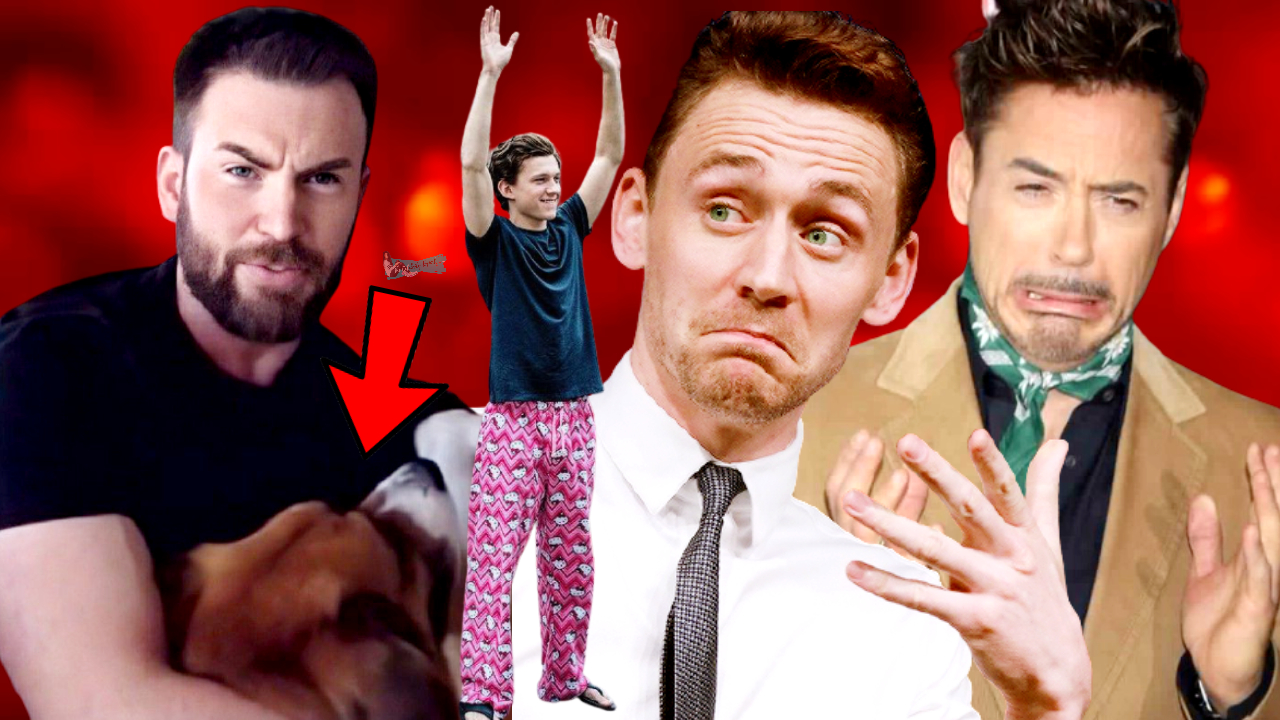 Obviously the cast members of Marvel movies aren’t all serious all the time as they like to have fun during interviews as well and just get a little nutty. The bloopers and outtake reels are pretty funny on their own when they’re revealed

when a lot of people might figure that they’re bound to be serious and a little uptight it’s nice to know that the actors that have been making Marvel movies so great throughout the years do have a wacky sense of humor and are able to just let it fly whenever the mood grips them.

Some of the groups are obviously having a good time with it while others are a bit more controlled and in some cases caught off guard by the hilarity that ensues, but for the most part all of them are able to just step into the moment and let it play out

Ryan Reynolds, Jake Gyllenhaal, and Tom Holland are definitely capable of just cutting loose when they want and acting more like juveniles that have been told a dirty joke or are somehow being encouraged off screen to just be as goofy as they can be.

Somehow for Reynolds it just feels as though it might come natural at times since his comedy is definitely a wild and untamed thing that not everyone can take the same way.

But poor Thor, or Chris Hemsworth, or no, Thor, or…oh never mind. To think that he’s one of the most powerful heroes in the MCU, or should be at least, and gets so much good-natured flak from his fellow Avengers is kind of, well, normal really since in a battle with a guy that can snap his fingers and kill off HALF THE GALAXY it’s probably a good idea to go for the HEAD and not just the chest.

Obviously this is a tightly-knit bunch when they’re together and having a good time isn’t beyond the realm of possibility. As Stan Lee would put it ‘Nuff said.’