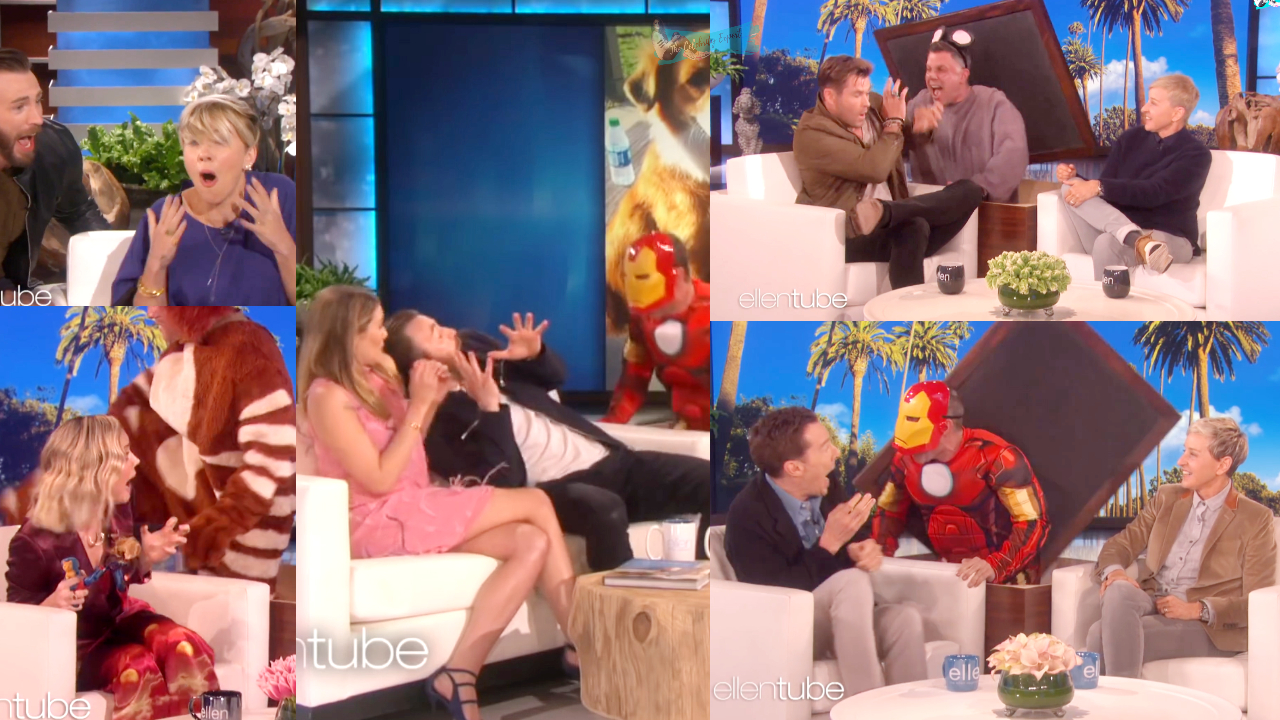 Guests on The Ellen DeGeneres Show know they are taking a chance appearing on her show. The hilarious host is known for her epic jump scares on celebrities, which typically leaves the audience, Ellen (and often the guest) in stitches.

If there is anyone in the world who deserves to be the reigning queen of surprises, it’s Ellen DeGeneres. She’s become very well known for surprising just about every guest on her show with something super epic

Ellen DeGeneres likes nothing more than to terrify her celebrity friends. Over the years, she has perfected the element of surprise, catching even her most astute guests off guard.Some of Ellen’s best scares are on celebrities who insist they aren’t afraid of anything. Some celebs bragged about being friends with ghosts, until a spooky surprise caught them off guard.

When Jake stops by “The Ellen Show” to talk about his latest film, he had no idea what he was getting into. While comfortably discussing his philosophy on acting, Jake becomes frozen when a creepy doll jumps out of the table beside him. Barely moving at all in his chair, the actor’s eyes almost pop out of his head while he wonders “WTF” just happened.

It’s mean, it’s going to cause a heart attack, and it’s the most purely entertaining thing we can’t stop watching. Ellen Degeneres has taken to torturing her guests, including her close friends, by scaring them when they least expect it: in the middle of interviews, during games, in their dressing rooms. No where in the world of Ellen is off-limits for the host.

If we learned anything from the early 2000’s MTV series Punk’d, it’s that we like to see celebrities when they are vulnerable. Ellen knows this, so when her guests are in the middle of promoting their new film, she takes them down just a tiny notch closer to earth.

What is particularly interesting about each of these scares is their uniqueness. The immediate reaction, the swear words, the time it takes for them to bounce back, finding out who really has a sense of humor about themselves; they’re all different

Watching these moments causes an involuntary laugh: maybe it’s a nervous giggle or a straight up LOL at how silly the celebrity’s reaction is to that moment. But there’s something inherently funny about what we’re watching. Also, interrupting a smooth, harmless interview to make someone fall out of their chair certainly does mix up the format.