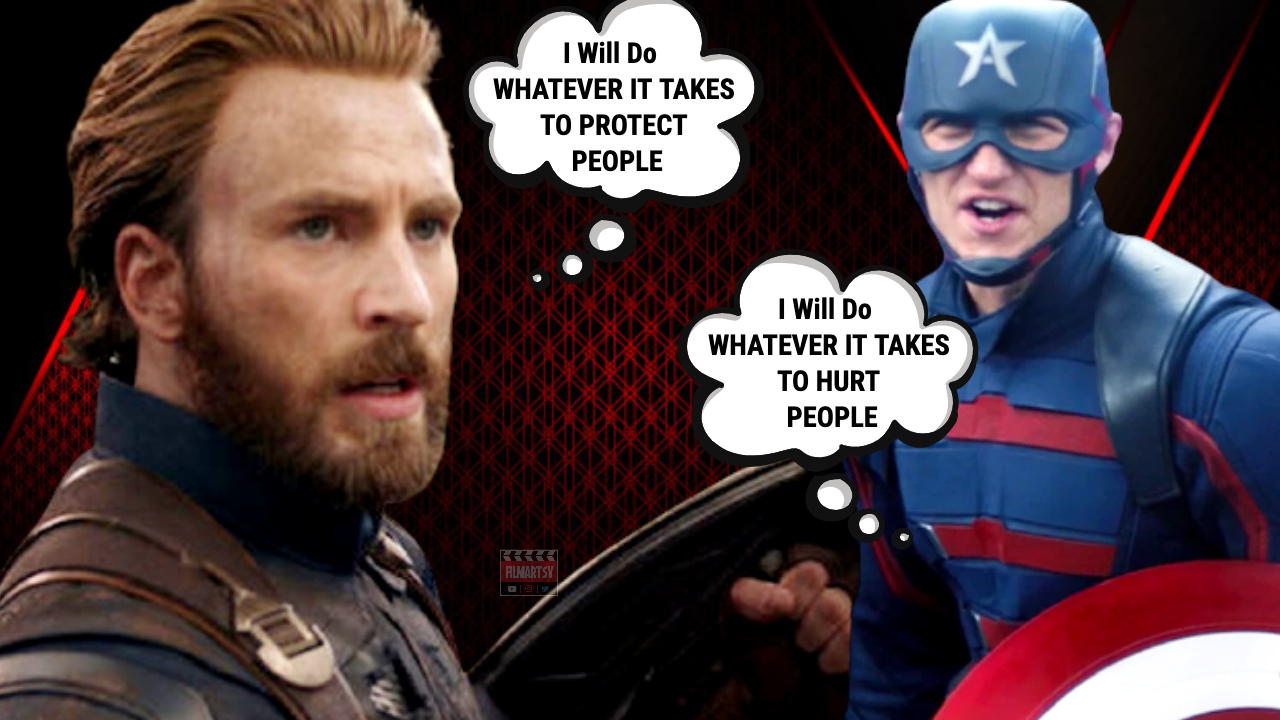 Through the first four episodes of The Falcon and the Winter Soldier, John Walker has proven to be a corrupted version of the Captain America ideal that Steve Rogers embodied. Whereas Steve Rogers grew from humble origins into the noble leader of the Avengers, Walker was gifted the gig as an extension of a decorated military career.

From there, the differences only grow, leading Rogers down a path of righteousness, and Walker down another. Though the series is by no means over, this new Captain America calls into question the viability of super-soldiers as American symbols of power and peace, betraying that which Steve Rogers held most sacred.

After Steve returned the Infinity Stones and grew old with Peggy Carter at the end of Avengers: Endgame, he offered the shield to Sam Wilson, who nobly declined the gesture, believing the role impossible to fill. Unfortunately for Sam, he was right; nevertheless, the United States government saw fit to try it anyways and push their candidate through. Introduced in Episode 2 of The Falcon and the Winter Soldier, “The Star-Spangled Man,” John Walker is a three-time Medal of Honor recipient for his distinguished military service in Afghanistan. Though he initially displays humility and trepidation at the weight of the Captain America moniker, he soon grows into the role in a way entirely different from Steve Rogers.

In The Falcon and the Winter Soldier Episode 4 “The Whole World is Watching,” John Walker brutally kills Nico, one of Karli Morgenthau’s Flag Smasher accomplices, following the death of his partner, Lemar Hoskins (a.k.a. Battlestar). Steve Rogers is no stranger to killing enemies in the line of duty, but it’s the manner in which the new Cap did the deed that separates the two.

Walker chases down his victim and, despite desperate pleas of “it wasn’t me!” from Nico, forgoes all manner of jurisprudence and kills him before a crowd of appalled onlookers (hence, the episode title). What’s worse, Walker uses the Captain America shield —not only a symbol of patriotism, but an intrinsically defensive object—to execute Nico. Both the shield, and the reputation Steve Rogers built for it, are resultantly stained with blood.

Anthony Mackie And Sebastian Stan Being A Married Couple

Marvel Actors Wear Their Suit For The First Time