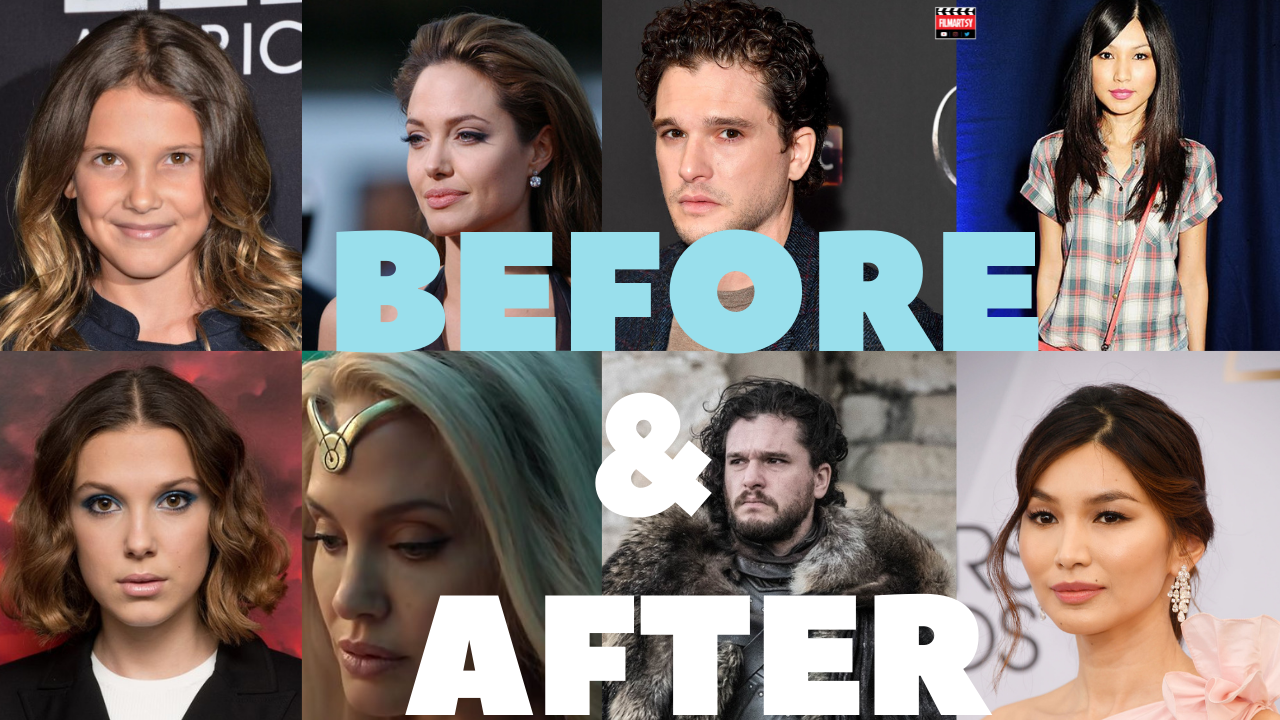 Eternals‘ first trailer is here. On Monday, Marvel Studios unveiled a two-minute teaser trailer for its next superhero squad that features Richard Madden, Salma Hayek, Angelina Jolie, Gemma Chan, Don Lee, Lauren Ridloff, Lia McHugh, Brian Tyree Henry, Barry Keoghan, and Kumail Nanjiani. Together, the 10 of them are part of Eternals, an immortal alien race that was created by the Celestials. The first Eternals trailer shows their arrival on planet Earth, their range of powers, and a bit of family banter. It also gives us our first look at Nanjiani’s Bollywood dance sequence, and a glimpse at a surprising traditional Indian wedding between Madden and Chan’s characters, Ikaris and Sersi, respectively. What is going on in Eternals exactly?

All of the Eternals are capable of wielding cosmic energy, as you can see in the first Eternals trailer. Madden’s Ikaris can fly and project cosmic energy out of his eyes, Hayek’s Ajak has healing abilities, Jolie’s can form weapons out of cosmic energy, Chan’s Sersi can manipulate matter, Lee’s Gilgamesh can fashion an exoskeleton, Ridloff’s Makkari — Marvel Cinematic Universe’s first deaf superhero — can scout planets with super-speed, McHugh’s Sprite can project lifelike illusions, Henry’s Phastos — MCU’s first gay superhero — is a cosmic-powered inventor, Keoghan’s Druig can control minds, and Nanjiani’s Kingo can shoot out cosmic energy from his hands.

The first Eternals trailer also gives us our first peek at Kit Harington in character. Harington is playing Dane Whitman, a human warrior who wields a mystical sword. Haaz Sleiman (The Visitor) plays Phastos’ husband, and there are undisclosed roles for Ozer Ercan (Heart and Lungs), Jashaun St. John (The Short History of the Long Road), Zain Al Rafeea (Capernaum), and Harish Patel (Mr. India). Oscar-winner Chloé Zhao (Nomadland) is the writer and director on Eternals, working off an earlier screenplay by Kaz and Ryan Firpo. Marvel Studios president Kevin Feige is the producer. MCU veteran Ben Davis is the cinematographer. Ramin Djawadi (Game of Thrones) is the composer on Eternals.

Eternals is out in late October in India and November 5 in the US. In India, Eternals will likely release in six languages — English, Hindi, Tamil, Telugu, Malayalam, and Kannada — given Marvel is doing so for both Black Widow and Shang-Chi and the Legend of the Ten Rings.