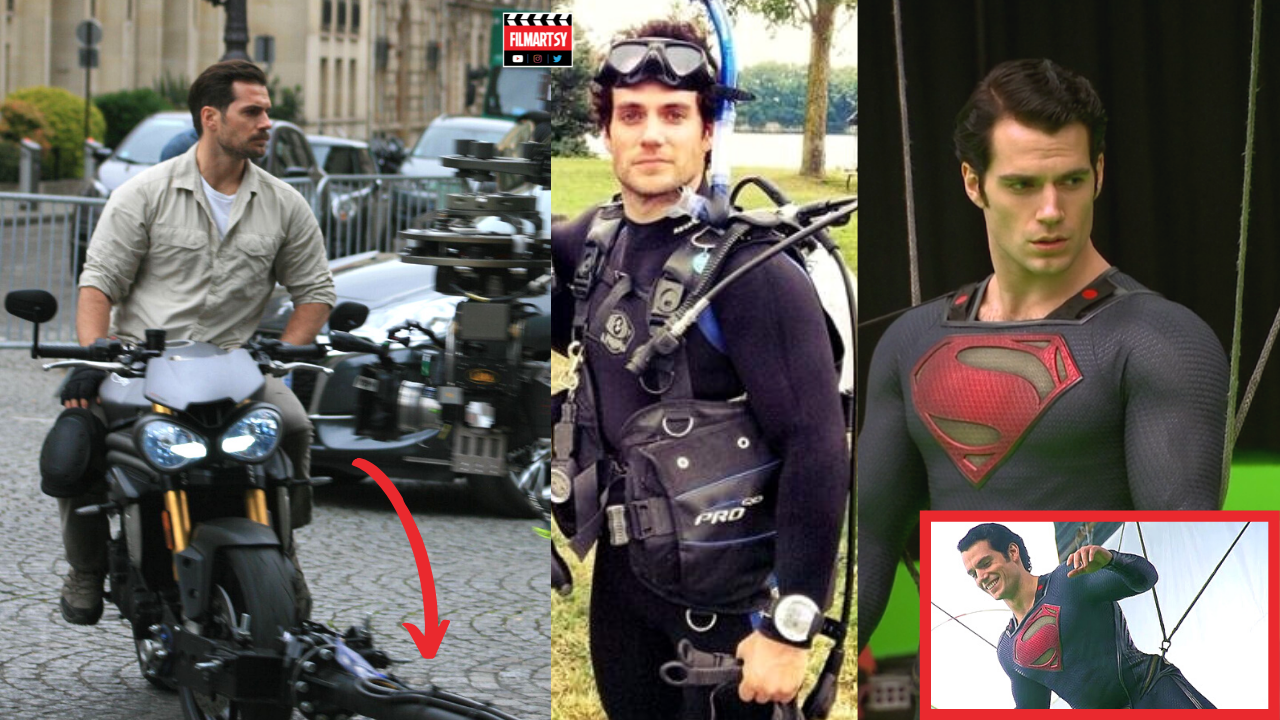 Henry Cavill says Tom Cruise influenced him to perform his own stunts on The Witcher. Cruise is known as an action star who puts his life on the line for the sake of authenticity, and Cavill wanted to bring the same authenticity to the popular series. The Witcher premiered on Netflix in December 2019 and is an adaptation of the series of novels by Andrzej Sapkowski.

The Witcher became an instant hit and is one of Netflix’s most popular shows despite its mixed reviews. Cavill’s Geralt was one of the biggest draws of show, as he is known for playing Superman in the DC Extended Universe. Cavill brought something new to the famous literary and video game character, but one thing that stood out was the physicality. He did a lot of his own stunts, bringing a sense of realism to the role.

Henry Cavill and Star Trek: Picard star Patrick Stewart interviewed each other for Variety‘s Actors on Actors series. During the interview, Stewart asked Cavill about his stunt work on The Witcher. Cavill explained he enjoys doing his own stunts, stating he likes the “physical stuff” when it comes to acting. Cavill worked with Tom Cruise on Mission: Impossible – Fallout, where he played the antagonist August Walker aka John Lark. Acting alongside Cruise (in one of the biggest action movies of the decade) only strengthened Cavill’s desire to do his own stunts. He also feels like performing stunts himself helps his portrayal of Geralt, as the fights he has are essential to the character’s personality. “If an audience is watching Geralt on-screen, they must believe that it is me. If it’s not me, I feel like I’ve betrayed the character in some way, and so I try and do as much as a production will let me.“

Henry Cavill’s passion for doing stunts seems to have helped the series, as many of the fight scenes are often regarded as some of the show’s highlights. Cavill explained in a past video how some of the sword fights were shot while still maintaining safety on set. Rubber swords were sometimes used depending on how a scene was choreographed. Other times Cavill would only be wielding a hilt, and CGI would be used to add the blade in afterward.

There a couple of things we know about season two of The Witcher. Unlike season one, season two will have a much more linear timeline, although there will be flashbacks to previous events. Henry Cavill, Anya Chalotra, and Freya Allan are all reprising their roles as Geralt, Yennefer and Ciri respectively. Several new actors are joining the series, including Game of Thrones‘ Kristofer Hivju. The story will revolve around the unique familial relationship between the three main characters, as well as Geralt teaching Ciri how to be a witcher. Season two is set to premiere some time in 2021, but filming was delayed due to coronavirus. Hopefully, it won’t be too long until we hear “Toss a Coin to Your Witcher” again.