Marvel Celebrities Who Easily Get Angry 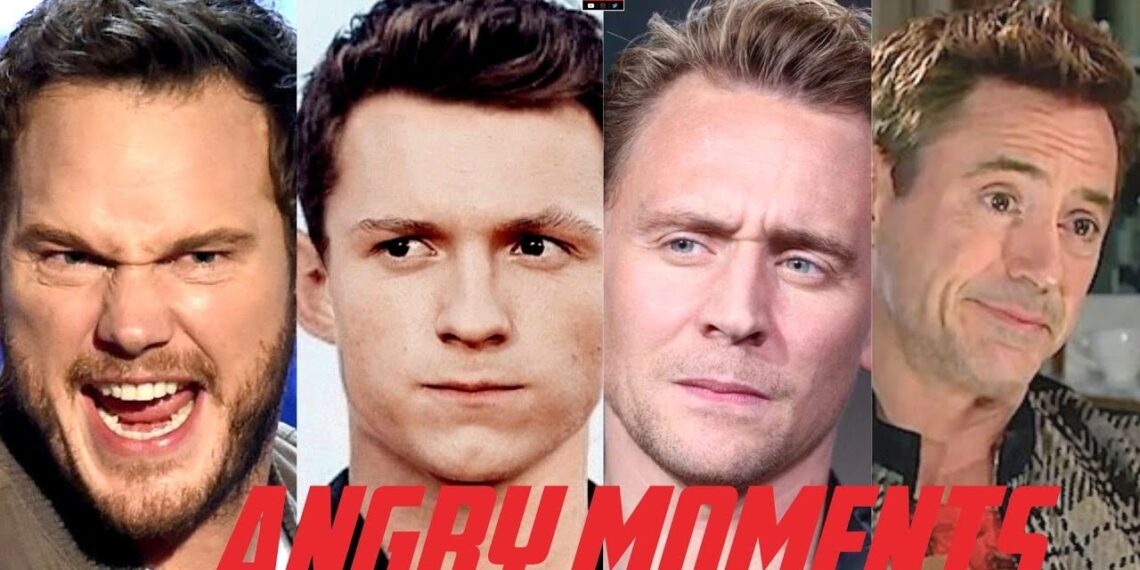 After every movie is completed, the actors take part in a promotional tour that included live interviews, TV appearances and press conferences. For the most part, these talks can get pretty boring. The actors get slammed with same predictable questions and return the same prepared answers. However, every once in someone goes off script.

Comic conventions bring out all kinds of people and that can lead to some uncomfortable exchanges. The passion of fans can sometimes get out of control and that same passion can be misunderstood by celebrities. That seems to be what went down during a Marvel panel at ACE Comic Con in 2018.

With Tom Holland, Sebastian Stan, and Anthony Mackie on stage being interviewed by Kevin Smith, things were thrown to the crowd for a Q&A. For the last question, two fans came up, essentially to gush at Tom Holland and his dog, Tessa. They may have had a different plan and got overwhelmed at the situation, but it was generally a waste of a final question for the rest of the fans in attendance.

During the press circuit for Avengers: Endgame, there appeared to be a little competitive energy between Chris Hemsworth and Brie Larson. During an interview with Entertainment Tonight, things got a bit bristly between the two, and fans have taken to dissecting the interview ever since.

Now, much of this could easily be explained away as two actors having fun with each other by embodying their characters. After all, they even referenced competition between superheroes in the interview, with Larson joking, “There’s no competition for me because I’m the strongest.”

Actors and actresses always seem to get a different line of questioning from the media. Scarlett Johansson was one asked, “If she was able to wear undergarments under her black widow suit.

Blown away with the question, Johansson said that the interviewer was the fifth person to ask her that. She “then quoted “What is going on?” she also asked. “Since when did people start asking each other in interviews about their underwear?” Then, to illuminate how strange the question is to ask, Johansson told the interviewer to “ask Joss who is the film’s director the film’s director.”

In 2015, while promoting Avengers: Age of Ultron, Robert Downey Jr. sat down with Channel 4 News’ Krishnan Guru-Murthy. After talking about the nature of his titular Iron Man role, the discussion veered into the topic of parallels between the character of Iron Man and Downey Jr. in real life Guru Murthy made a comment about Tony Stark becoming a “better man,” adding, “in the way that you are as well.”

When Downey Jr. neglected to bite, only laughing off the comparison with a “sure,” the interviewer reframed the question. He set up a quote that Downey Jr. once gave to the New York Times. At this mention, the smile fades from Downey’s face and the wheels begin to turn in his head. He looks off camera toward his team.

Traditionally, odd things happen inside the Beverly Hilton’s ballroom on Golden Globes night, but occasionally the weirdness leaks onto the red carpet, too. On Jan. 16, 2006, there was a troubling interaction between Isaac Mizrahi, then 44, and Scarlett Johansson, then 21.

To conclude this video, I would like to say that the intervierws need to really frame better questions and make their time and actors time valuable by asking meaningful and legit questions  instead of trying to hard to made some news out of their contoverserial questions. And I think its high time for us journalists to be more sensitive towards artists and do the homework even better.

Marvel Celebrities And Their Heart-breaking Breakups