by FilMonger
in Marvel, Trailers 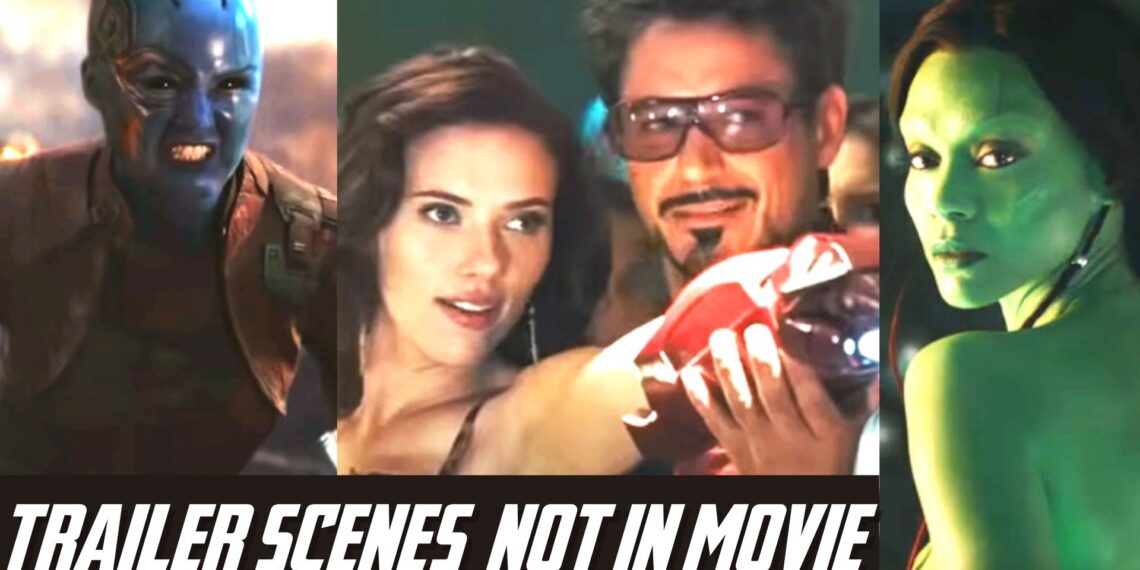 To what extent can studios get away with putting clips in trailers that don’t end up in the final movie? When trailers are made by the marketing team, sometimes the movie isn’t even completely finished. Studios will often scrape together a teaser trailer from what they have filmed already for events such as San Diego Comic-Con (SDCC).

Marvel is no exception to the odd scene from the trailers being taken out of their final cuts, and in the case of Avengers: Infinity War and Avengers: Endgame, there were certainly more than a few. Let’s take a look at ten great MCU trailer scenes that were notably absent from the final cut.

Once Doctor Stephen Strange made it to Kamar-Taj to learn from The Ancient One, he is stunned by the fact that magic is real and she’s a master at it. One of the many things she can do is the ability to summon the Mirror Dimension, where the sorcerer’s magic has no consequences on the real world.

In the trailer, Strange is forced to step back into the Mirror Dimension while his mentor teaches him about the multiverse. This scene is actually an alternate version of how the Ancient One reveals the Mirror Dimension to Stephen, making its excision not that big of a deal. It’s still an interesting alternative, nonetheless.

When The Revengers assembled on the Rainbow Bridge to fight Hela, there is a quick shot in the trailer where Hela, while fighting Valkyrie, is spinning around at an incredible rate while launching swords in all directions. Valkyrie manages to fend them off before the shot cuts to the next clip, but fans can obviously tell that she survives.

Hela and Valkyrie do clash in the film, but this attack is nowhere to be seen. Not only that, but the way the final fight on the bridge was shown in the trailers differs heavily from the final cut, especially in regards to Thor’s missing eye.

In Avengers: Age of Ultron, fans will remember Thor’s vision when he submerged himself in the cave pool. In the trailer, a woman can be seen standing in front of the pool who fans assumed was a potential Wakandan.

In the final cut, though, there was no woman in the cave. Even after seeing the movie, some fans still wonder what her significance in the movie would have been, as this scene is by far her only appearance. While talking to CinemaBlend, Marvel Studios president Kevin Feige revealed she had no significance at all.