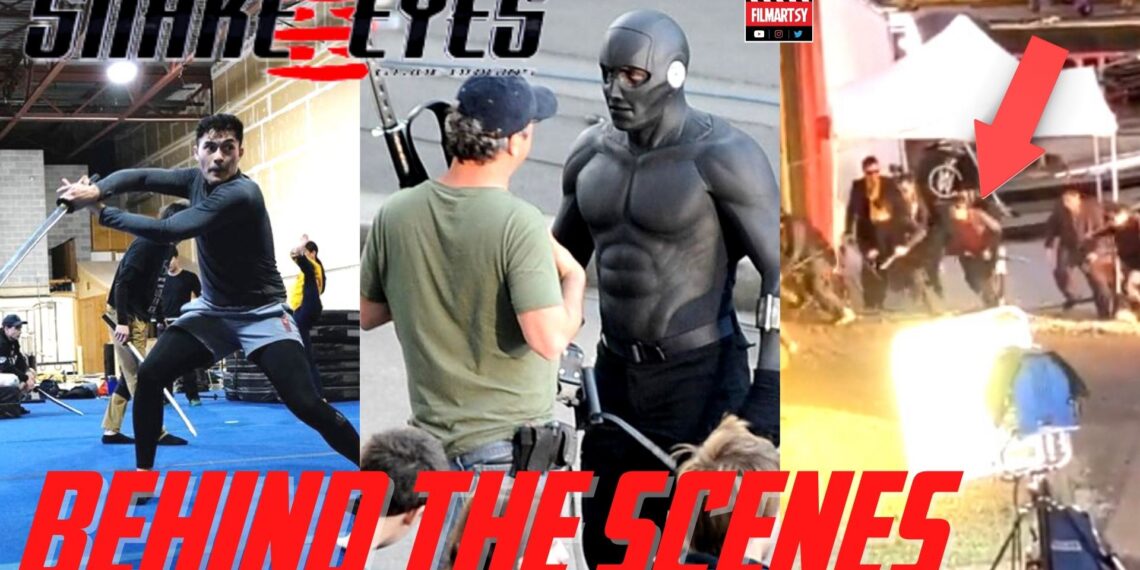 If Brian De Palma were as good at rewriting as he is at visual style, “Snake Eyes” might have been a heck of a movie. He isn’t, and it isn’t. It’s the worst kind of bad film: the kind that gets you all worked up and then lets you down, instead of just being lousy from the first shot.

Now about that first shot. It’s wonderful. It’s a Steadicam take that runs on and on, seemingly forever. Nicolas Cage is onscreen for almost every second of it, as a corrupt Atlantic City, N.J., cop who scuttles backstage and ringside at a heavyweight championship fight. He shakes down a creep, he places a bet, he has a chat with his old friend who is in charge of security, he talks on the phone with his wife and kid, he shmoozes with a sexy blond who sits down next to him, and he’s sitting right in front of the U.S. Secretary of Defense when the man is assassinated.

I’d have to look at the film very carefully to be sure how long this uninterrupted single shot is; it’s possible that De Palma has hidden a couple of cuts in the middle of swish-pans. No matter; he steals the crown here from the famous long takes by Martin Scorsese in “GoodFellas” and Paul Thomas Anderson in “Boogie Nights,” and it’s virtuoso work, as the camera follows Cage up and down stairs and he never quits talking.

Cage is wonderful, all the extras and supporting actors hit their marks right on time, the camera work (by Stephen H. Burum) is perfectly coordinated, the energy level is high, there’s great excitement and I’m scribbling “terrific opening!” in my notes.

Alas, slowly at first and then with stunning rapidity, the movie falls apart. It has the elements for a good thriller, and De Palma still has some surprises up his sleeve, but it’s a downhill slog.

The other key characters are played by Gary Sinise, as a Navy officer who has taken over command of the security at the prize fight; Carla Gugino, as a woman with secret information she wants to deliver to the Secretary of Defense and Stan Shaw as the defending champion.

It’s a small cast, in a story using a structure De Palma has had fun with in the past, in films like “Blow Out” (1981). He shows an action and then repeats it from various points of view, adding information until a jigsaw puzzle of information falls into place. Occasionally we’ll see a moment that doesn’t seem to fit, and then it will be explained later, and eventually the outlines of a conspiracy become clear.

There are nice ideas here, as when the Gugino character loses her glasses and has to flee from the bad guys without being able to see anything other than a blur. And moments when De Palma brutally rips up everything we thought we knew and makes us start all over again. But there are also moments of dreadful implausibility. How likely is it, for example, inside a coliseum crawling with law enforcement, where thousands of fans have been forcibly detained, that no one would notice the heavyweight champ beating up a cop? De Palma supplies one more fine shot, looking straight down through the ceilings of a series of hotel rooms until he finds the one he’s looking for.