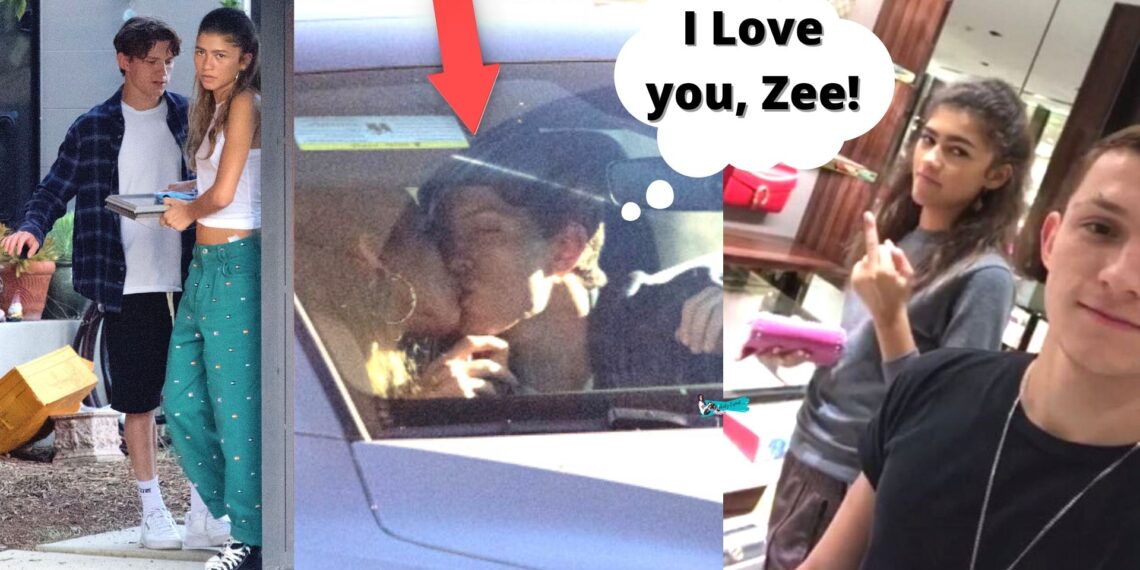 The “Spider-Man” costars Tom Holland and Zendaya were photographed kissing, years after denying reports that they were dating.

On Friday, Page Six published photos of the two stars kissing in an Audi driven by Holland. Another image showed the actors laughing with each other inside the car.

According to the publication, Holland and Zendaya were spotted packing on PDA at a red light on Thursday in Silver Lake, Los Angeles, where the Disney Channel alum’s mom lives.

Additional photos posted by Page Six showed the costars walking out of a home with Zendaya’s mom, Claire Stoermer.

Holland and Zendaya met through their roles as Peter Parker/Spider-Man and MJ, respectively, in the Marvel Cinematic Universe.

Zendaya was last linked to her “Euphoria” costar Jacob Elordi. The two were seen kissing in New York City in February 2020. By September of that year, the pair’s apparent romantic relationship had fizzled out.

Ever since their first movie together, the duo has been referred to as”Tomdaya,” a combination of their names.In response to the photos, fans have taken to social media platforms like Twitter to share their reactions.

The actors are set to make their comeback with Spider-Man: No Way Home, scheduled to release on December 17.