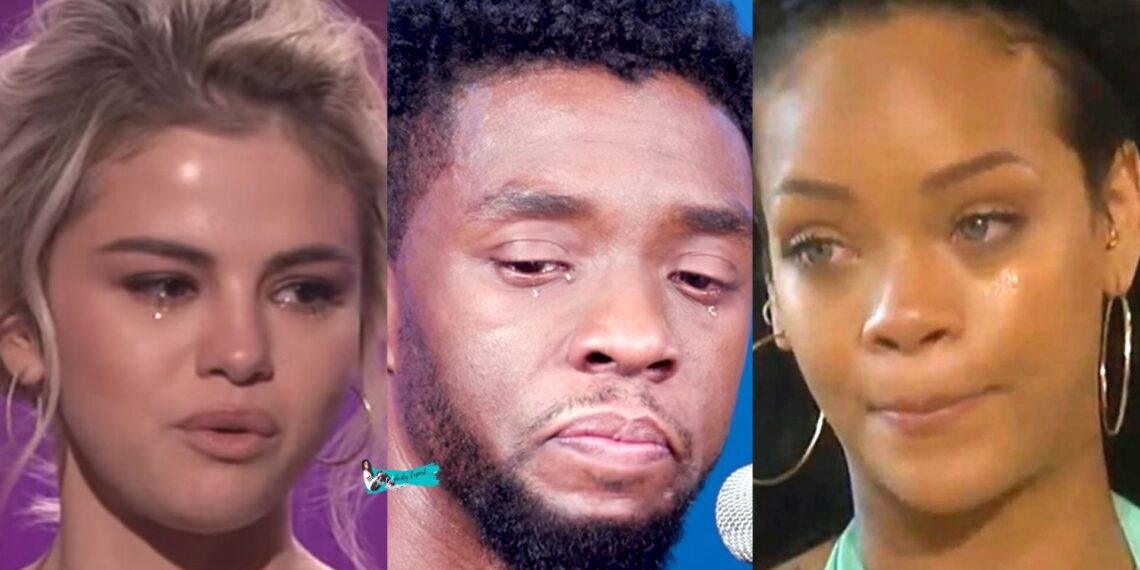 Celebrities are always in the lime light. Every move they make, every word they say comes under the scrutiny of the public eye. Often times it is hard to think of these celebrities as people, but a few of them have shown us their emotional side.

It may be easy to forget, but celebrities are humans, too. And sometimes, that means breaking down in tears for the whole world to see. Whether they’ve been happy, sad, or regretful tears

Since we sometimes view celebrities as larger than life, we often fail to realize that they are human beings with human emotions just like the rest of us. And if they’re brave enough to shed tears in front of a televised audience, you know it is about something truly important.

Whether it be reflections on the loss of a loved one, a fan who touched their hearts and lives forever, or the heartbreaking end of a long relationship, celebrities prove that, regardless of fame and fortune, a good cry never hurt anybody.

Interviews can be tricky for celebrities. Oftentimes, they are boring and monotonous, but they can also be sneaky and emotional. For many interviewers, the goal is to ask questions that make the star get off-script.

Tears can be used as a defense mechanism, or they can tell us more than words ever could. As an audience, we like to see celebrities show emotion. It shows off the raw and honest side of these stars that we rarely, if ever, get to see

Now that movements like Black Lives Matter, #MeToo, and Times Up have phraised awareness about racial and gender inequality and discrimination, some interviews are only now resurfacing and being called out as problematic.