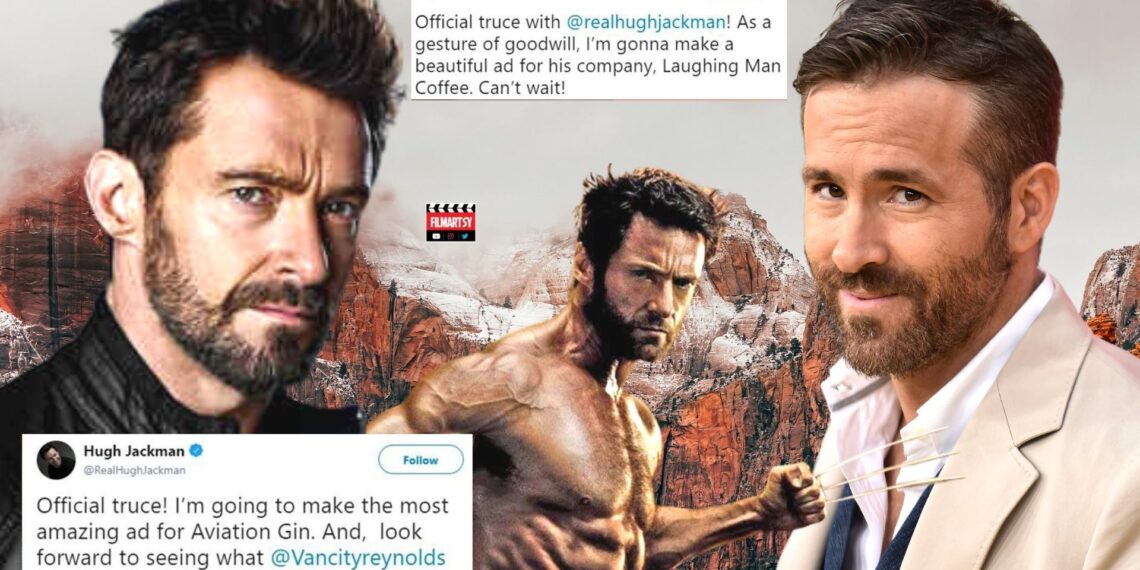 Fans have been entertained by Hugh Jackman and Ryan Reynolds’ “feud” for years now.

Although they might joke around about disliking each other, it’s clear that the actors are actually pretty close friends. They spend time together, support each other’s businesses, and are always looking for the next laugh.

Here’s a complete timeline of their encounters over the years:

In “X-Men Origins: Wolverine,” Jackman starred as the titular mutant and Reynolds played Wade Wilson/Weapon XI. According to a recent interview with The Daily Beast, that’s how they met and started their feud.

“It’s gone back so long now … God, this is a classic sign where your feud has gone too long, where you don’t even know why or how it started,” Jackman told the publication in April.

He continued, “… I used to ream him because I was very close friends with Scarlett [Johansson], and Scarlett had just married Ryan, so when he came on set I was like, ‘Hey you better be on your best behavior here, pal, because I’m watching,’ and we started ribbing each other that way.”

Jackman was named People’s Sexiest Man Alive in 2008 and Reynolds took the title in 2010, and they often bring it up in their jabs at each other.

In 2015, Reynolds wore his “Deadpool” prosthetics and imitated his friend’s Australian accent in a video that Jackman posted on Twitter.

“G’day mate! Hugh Jackman here, just reminding you to get your votes in for People’s Sexiest Man Alive. Cover’s coming up,” Reynolds said.