by FilMonger
in Behind the Scenes, Bloopers, Marvel 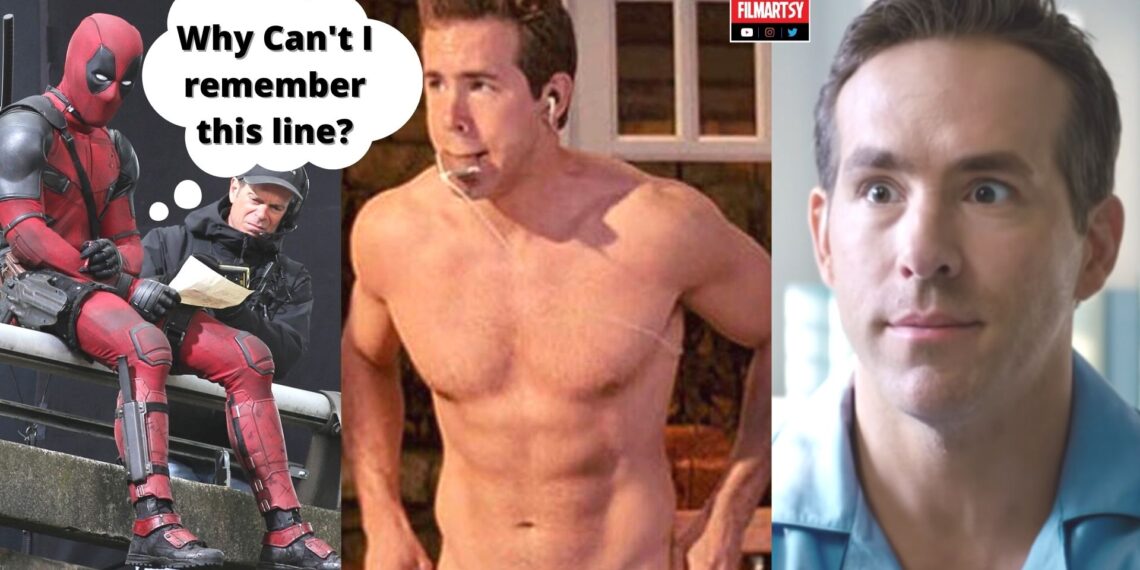 Take Ryan Reynolds during COVID. First, he Zoom-Bombs an X-Men reunion, which was painfully awkward. Watching that trainwreck, it was hard not to think that Ryan Reynolds was being unduly influenced by the frat boys he lived with. But, he lives with Blake Lively, and isn’t she lovely?

Do you know who likes to Zoom-Bomb meetings? Racists and perverts. And Ryan Reynolds. But why him? Doesn’t he get enough attention? Isn’t he married to an insanely gorgeous woman? Isn’t his mansion big enough? Doesn’t he have scripts to memorize?

What does Blake Lively think of all this? Or is she one of those women who thinks she’s married to someone funny? But it’s only her…and those frat boys who live in their basement, who laugh at his jokes.

I almost got back to my own little life and forgot all about Ryan Reynolds being annoying, when my phone alerted me that “Ryan Reynolds has officially declared that October 23 is his birthday, not Emilia Clarke’s(Game of Thrones Dragon Queen). … his birthday rival — and announce that he does not want to share his special day with anyone this year. Reynolds responded to the tweet, writing, “So sorry. I moved to her birthday this year.” (Glamour magazine.)

When I read this, I felt pretend worried about Ryan Reynolds and Blake Lively. Poor Ryan Reynolds. His giant bucket is still empty. And poor Blake Lively, who probably throws her neck out every time she flips that massive blond mane back to guffaw at her not-funny husband’s pranks.

As Ryan Reynolds Zoom-Bombs and cringy-tweets, he looks at his beautiful laughing wife and forgets she’s just one person and not even a regular person. Has it never occurred to Ryan Reynolds that maybe Blake Lively has a terrible sense of humor? Maybe she’s slightly hard of hearing or doesn’t understand that jokes are supposed to be funny. Maybe she just likes to laugh cause it makes her hair bounce. Or maybe she just loves him an awful lot and tolerates his bad jokes. Maybe Ryan Reynold is so wrapped up in Blake Lively’s languid hair flip that he doesn’t realize while she’s slow-motioning, the rest of the world is flinching at his humor like they’re watching a Borat movie.