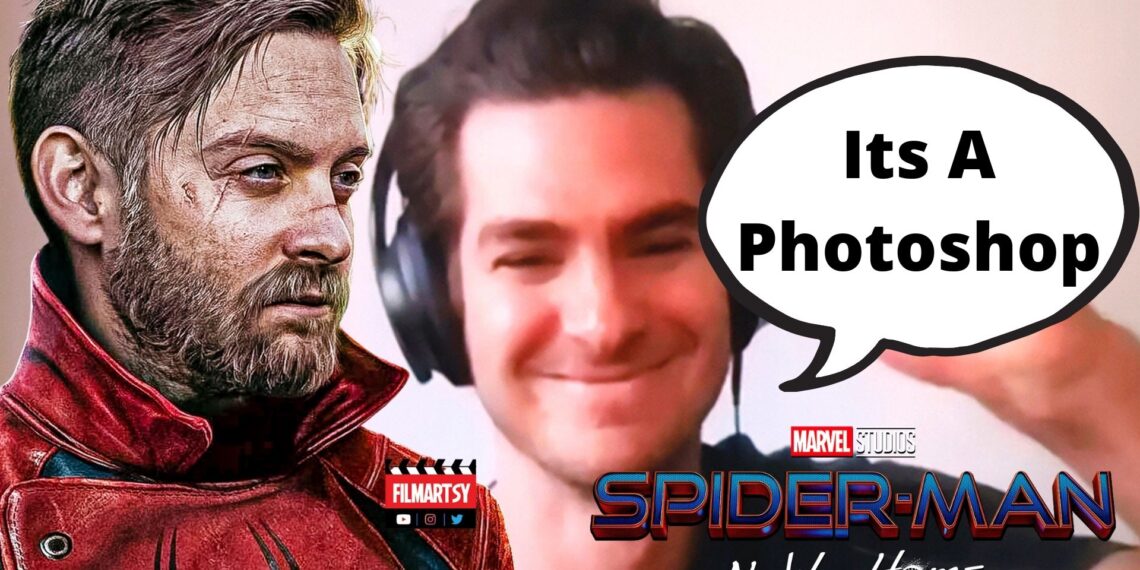 There are seemingly more rumored appearances for Spider-Man: No Way Home (2021) than there are timelines in Marvel’s ever expanding Multiverse. No rumor is bigger than the one that Andrew Garfield won’t stop denying — the possibly very poorly kept secret that Sony Spider-Man actors Tobey Maguire and Andrew Garfield will appear in prominent roles alongside Marvel’s Peter Parker, Tom Holland.

Despite the internet’s insistence that Garfield and Maguire are shoe-ins for the Spider-Man 3 cast list, the Amazing Spider-Man actor simply refuses to confirm.

Appearing on The Tonight Show Starring Jimmy Fallon in promotion of his upcoming film, The Eyes of Tammy Faye starring Jessica Chastain, British actor Andrew Garfield once again used his spidey sense to dodge questions about his involvement in Spider-Man: No Way Home.

When confronted with questions about the leaked photo that had been reportedly copyright blocked by Sony, Garfield seemingly leaned into the knowledge that Fallon would be unable to show to the photo for legal reasons.

Marvel’s Spider-Man: No Way Home movie from director Jon Watts will hit theaters on December 17, 2021. The film will return stars Tom Holland as Peter Parker, Zendaya as MJ, Marisa Tomei as Aunt May, and Jacob Batalon as Ned. Alfred Molina’s Doctor Octopus from the Sam Raimi’s original Spider-Manfranchise is confirmed to appear, and Willem Dafoe’s Norman Osborn is likely to feature as well. Jamie Foxx’s Electro from Amazing Spider-Man 2 (2014) is rumored to be making a comeback. Benedict Cumberbatch will attempt to help Tom Holland’s Spider-Man navigate the tricky Multiverse in the film as Doctor Strange.