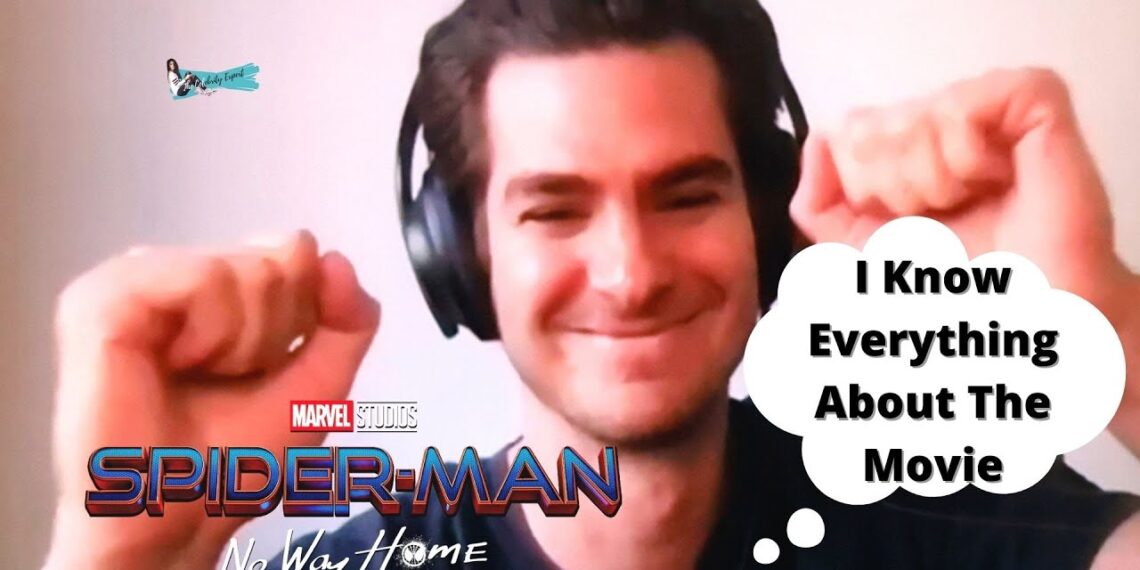 Andrew Garfield is continuing to deny that his version of Peter Parker will cross paths with Tom Holland anytime soon.

On Monday, the actor stopped by NBC’s The Tonight Show Starring Jimmy Fallon to talk about his new film, The Eyes of Tammy Faye, in which he costars alongside Jessica Chastain. Of course, Fallon couldn’t get through the interview without bringing up everyone’s favorite rumor that Garfield’s Peter Parker will finally suit up alongside Holland in the upcoming Spider-Man: No Way Home.

When Fallon mentioned he saw a photo of Garfield and former fellow Spidey Tobey Maguire on the set of the Marvel film (which has since been wiped from the internet, apparently), Garfield immediately became shifty, telling Fallon, “I’m not sure about that.” Ever the inquisitive Marvel fan, Fallon kept pressing until Garfield finally broke down, saying that he’d seen the photo in question — and claimed it was a photoshop.

“I’m trying to manage expectations!” Garfield continued amidst a sad audience reaction. “If they want to give me a call at this late, late stage of the game, you know, I’m sitting here in my tracksuit.”

While the introduction of the multiverse does mean that there’s a possibility to introduce other versions of characters into the MCU, Garfield has been firm about denying rumors surrounding the fact that he’s suiting up again… despite the fact that other Sony Spider-Man alums such as Jamie Foxx‘s Electro and Alfred Molina‘s Doctor Octopus are confirmed to be a part of the film.

Even though Garfield reportedly isn’t part of the Marvel Universe (yet), he’s more than game to support his fellow Spidey.

“I think that Tom Holland is just the perfect Peter Parker and Spider-Man, so I’m just super stoked,” he told Fallon, revealing he’d seen the trailer for the film. “And I get to just like, be a fan again, which is my preferred position — to be able to sit in the audience and kind of go, ‘Yeah, you screwed up mate, you didn’t do it as well as you could have done, eh?’ I get to be that guy that’s just like, ‘Yeah, I don’t really love the suit… I get to be that person which is so much fun.'”