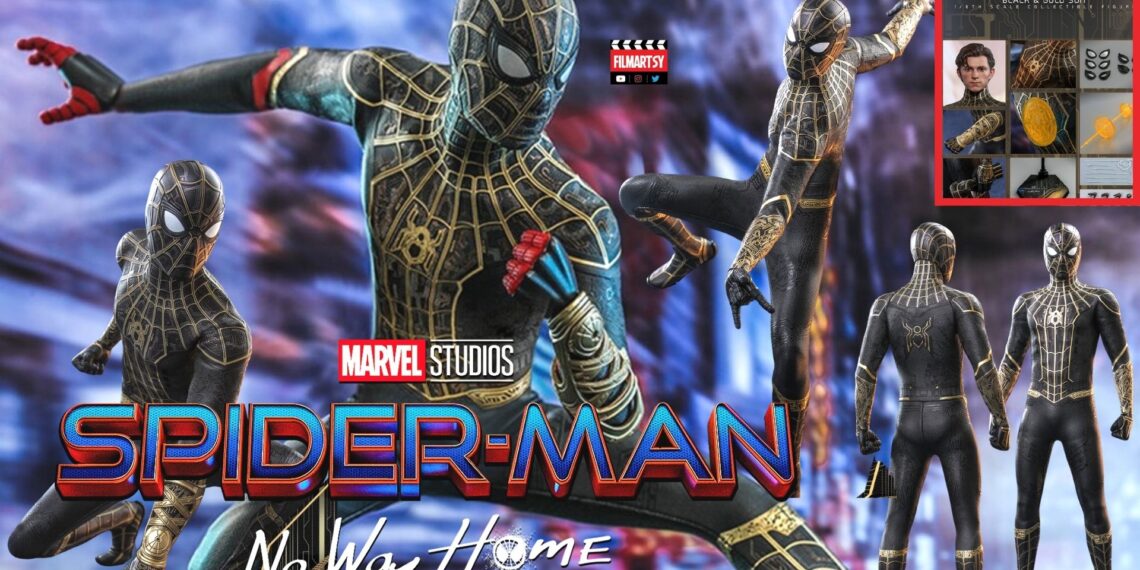 Here’s every Spider-Man suit confirmed and rumored to appear in Spider-Man: No Way Home. The third installment of Marvel Studios and Sony Pictures’ Spider-Man franchise is among the most anticipated Marvel Cinematic Universe Phase 4 titles. Fans are eager to continue Peter Parker’s story after Spider-Man: Far From Home‘s shocking ending, but the interest level in Spider-Man: No Way Home has risen even further after the recently-released trailer and the confirmation of multiversal forces entering Spidey’s corner of the MCU.

So far, Marvel and Sony have revealed the crucial role Benedict Cumberbatch’s Doctor Strange plays in the story, as well as the return of Alfred Molina as Doc Ock from Sam Raimi’s Spider-Man 2 and Jamie Foxx’s Electro from The Amazing Spider-Man 2, with teases of Willem Dafoe’s Green Goblin, Rhys Ifans’ Lizard, and Thomas Hayden Church’s Sandman possibly returning. The most anticipated characters in the movie, however, are the Spider-Men previously played by Tobey Maguire and Andrew Garfield, who now have a higher chance to appear after their respective villains have been confirmed to return.

Besides the trailer, action figures and LEGO sets have already provided potential looks at the movie’s plot and characters. In addition to teasing Peter and MJ interacting with Doctor Strange and Wong, the most revealing part of these toys has been the different Spider-Man suits Holland’s character will wear. It is common practice for major movie franchises to routinely change the appearance of their lead characters, and Marvel Studios is no stranger to doing this. Tony Stark had nearly 50 different Iron Man armor suits during his time in the MCU, which allowed Marvel to capitalize on merchandising opportunities. Holland’s Spider-Man has frequently changed his look during his short time in the universe, as he’s received a new suit in almost every single appearance. The costume changes are now expected to continue with Spider-Man: No Way Home, so here’s every Spider-Man suit confirmed and rumored for the movie.

The first Spider-Man suit confirmed for Spider-Man: No Way Home is the red and black suit that debuted in Spider-Man: Far From Home. After failing to defeat Mysterio, Peter called upon Happy Hogan to help him. Happy surprised Peter with a portable workshop that could design a new Spider-Man suit for him installed on one of Tony’s jets. Peter got right to work designing a new suit, which returned memories to Happy and viewers of watching Tony Stark do the same thing. Peter’s Stark-inspired Spider-Man suit ditched the character’s traditional red and blue color scheme and went with red and black instead. The suit upgraded the web-shooters to make them part of the suit itself and increased the capability of the taser webs. Peter’s red and black Spider-Man suit also retains the web wings from Stark’s original suit and includes a new parachute design.

The trailer for Spider-Man: No Way Home confirmed that the third installment will directly follow the post-credits scene of Spider-Man: Far From Home, which means Peter Parker will retain the red and black suit while he deals with the aftermath of Mysterio’s death and at least until he heads to the Sanctum Sanctorum to seek help from Doctor Strange. Various shots from the trailer feature Spider-Man fighting Doctor Strange while wearing the same costume, which suggests that it will be the only suit he wears during the first act of the movie.