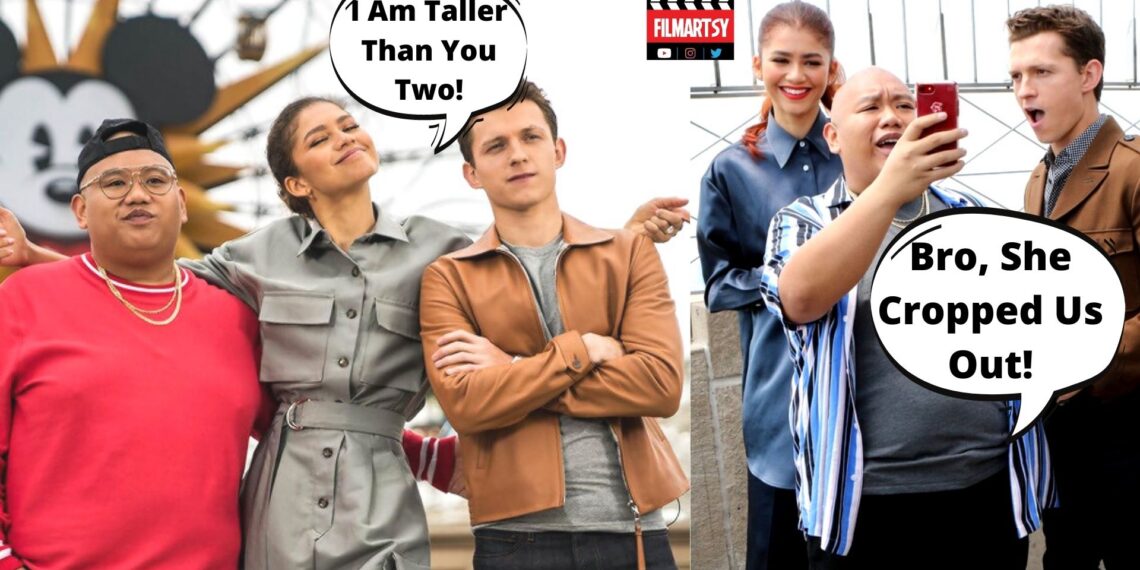 Shots fired! The stars of Spider-Man: Homecoming are having some fun throwing jabs at each other on social media.

Zendaya and Tom Holland will be taking over the Marvel Cinematic Universe in July when their film hits theaters. Having spent several months on set together and even competing with one another in an epic Lip Sync Battle, they are officially comfortable enough for a few jokes.

It all started with a tweet from Zendaya when she shared a photo of Holland with the caption, “I really can’t stand him.”

Holland fired back, probably thinking he would have the last laugh. Props to his reponse though, which quoted Zendaya’s tweet with a caption, “Apart from when you want a part in Spiderman 2.” He does, however, lose some major points for not properly hyphenating his own super hero name.

Zendaya then pulled out the star power and owned Holland with the most recent tweet in the two stars’ Twitter feud. She quoted Holland’s tweet and added, “Watch yourself, I still have more followers than you right now…tread lightly my friend…tread lightly.” There is a sense of hesitation in the tweet, though. Zendaya’s “right now” might indicate the actress is a bit nervous about being surpassed once Spider-Man: Homecoming turns Tom Holland into a worldwide icon.

Thrilled by his experience with the Avengers, young Peter Parker (Tom Holland) returns home to live with his Aunt May. Under the watchful eye of mentor Tony Stark, Parker starts to embrace his newfound identity as Spider-Man. He also tries to return to his normal daily routine — distracted by thoughts of proving himself to be more than just a friendly neighborhood superhero. Peter must soon put his powers to the test when the evil Vulture emerges to threaten everything that he holds dear.