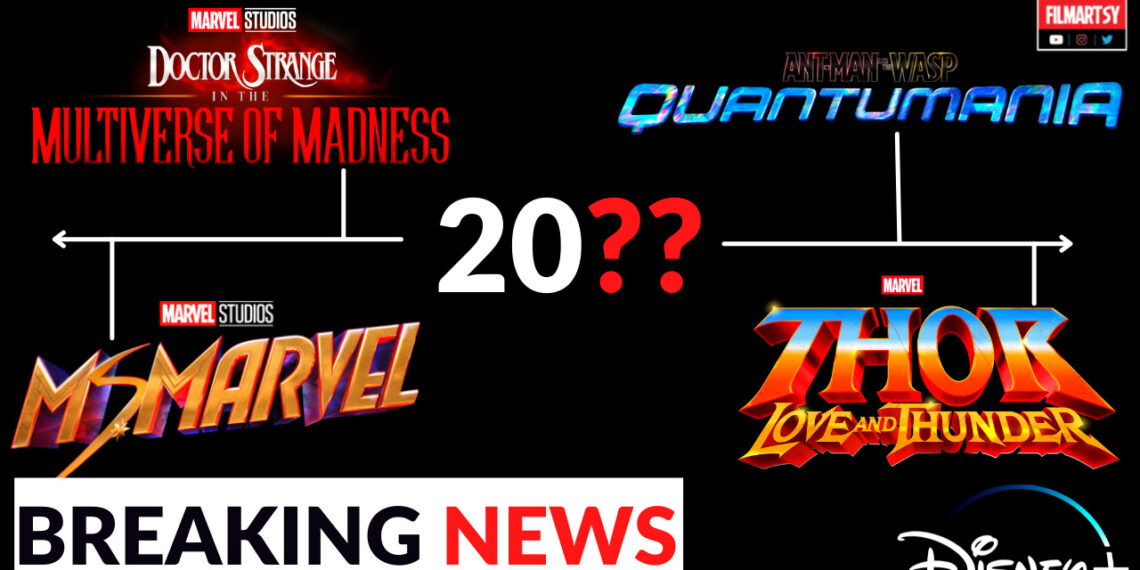 If you thought we were out of the proverbial movie delay woods, you couldn’t be more incorrect. Yesterday, Disney announced that multiple upcoming movies are on hold or pushed back. The most notable titles included in the delays are Doctor Strange Multiverse of Madness, Thor Love and Thunder, Ms. Marvels, Antman and The Wasp 3, and Black Panther Wakanda Forever. Disney hasn’t said the reasoning for these delays leaving us to speculate and wonder. No worries! Spiderman No Way Home and The Eternals are on deck for their current cinematic release dates.

After the release of Spiderman No Way Home, the next MCU movie isn’t set to release until six months later. Doctor Strange Multiverse of Madness is moving from March 2022 to May 2022. Thor Love and Thunder is moving to July 2022 due to Doctor Strange 2 taking its original release date. Black Panther moved from July 2022 to the turkey season of November 2022. Next year, the MCU schedule will only have three Marvel movies instead of the planned four. The Captain Marvel sequel has a release date for February 2023, and Ant-Man and the Wasp 3 is coming in July 2023. On the positive side, an unknown Marvel movie got moved up to November 2023.

Disney Delays a Cause for Concern?

As I said earlier, Disney hasn’t stated their reasoning for these major release shifts. These delays are disappointing but at least palatable if they stay firm moving forward. The main concern is this isn’t the first time MCU movies got delayed. What keeps Disney from doing this over and over and over again? Of course, we want safety first, but it’s hard to put much weight on the current release dates. That being said, we will have to wait and see whether these dates will stay firm.

Tom Holland Is TOTALLY In Love With Zendaya