by Tony Stark
in DC, Marvel 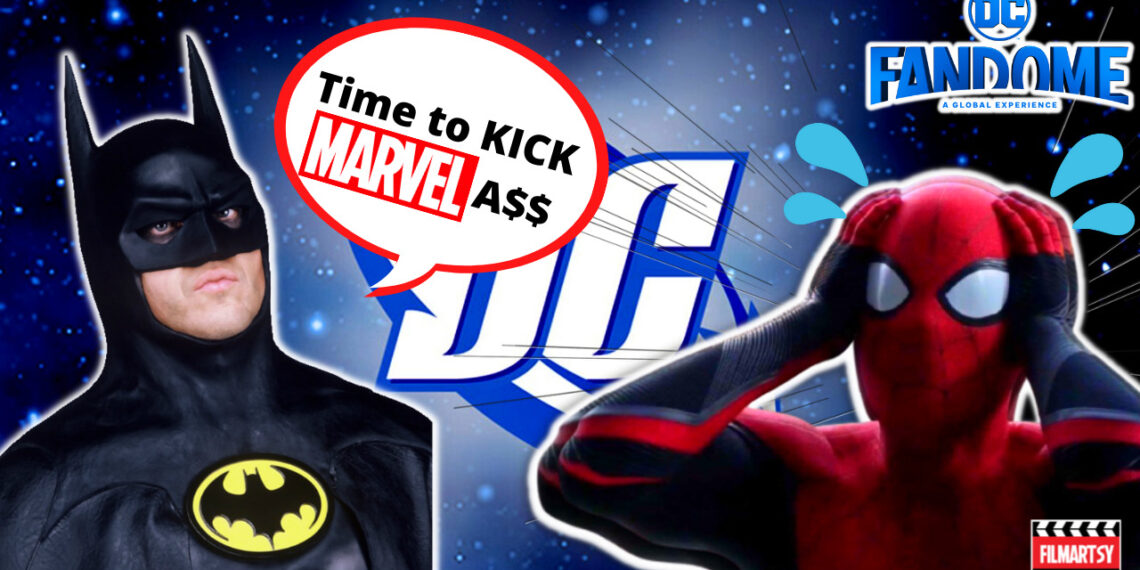 DC Fandome 2021 left fans in absolute awe. With major announcements like Black Adam, The Flash, Aquaman 2, and the new Robert Pattinson’s Batman, the proverbial gap between Marvel and DC is shrinking rapidly. DC Fandome 2021 nailed it, and excitement is at an all-time high. Here are the best moments from DC Fandome 2021 and the implications for DC’s entertainment future.

Black Adam graced the big screen for the first time at DC Fandome, and Black Adam left a shocking first impression. After being summoned, Dwyane Johnson’s Black Adam grabs an onlooking soldier and fries him to a pile of dust. This scene sets the tone and flavor of the movie that’s coming in July 2022.

The DC Multiverse is Official

We didn’t get a full “The Flash” trailer, but the brief teaser gave us plenty to salivate over. In about 30-45 seconds, DC established their entire multiverse, showed a glimpse of Michael Keaton’s Batman suit, and hinted at the return of the OG batmobile! Talk about efficient storytelling.

Aquaman 2 Capitalizing on What Worked in Aquaman 1

Jason Momoa says fans can expect a more refined Aquaman sequel. DC plans to capitalize on what worked well with the first Aquaman standalone film. Despite the colorful scenery, the plot for Aquaman 2 will be darker and more subdued. This approach has brought DC recent success with Zack Snyder’s Justice League and the reboot Batman film.

Robert Pattinson’s Batman Will Be the World’s Greatest Detective

Despite having multiple Batman installments, we haven’t seen the caped crusader display his Sherlock-like sleuthing prowess. In the DC comics, Batman’s greatest asset wasn’t his shadow ninja skills or his affluence. That’s right, the Gotham knight’s most valuable asset is his deductive genius mental capabilities. The most recent installment of the Batman franchise seems to be trending in this direction. With a zodiac-like Riddler, Robert Pattinson’s Batman will take on his most challenging case yet.

This DC Fandome felt different. Instead of looking up at its entertainment rival, DC starred face to face with Marvel. Put Marvel on high alert because the DC universe is emerging rapidly.