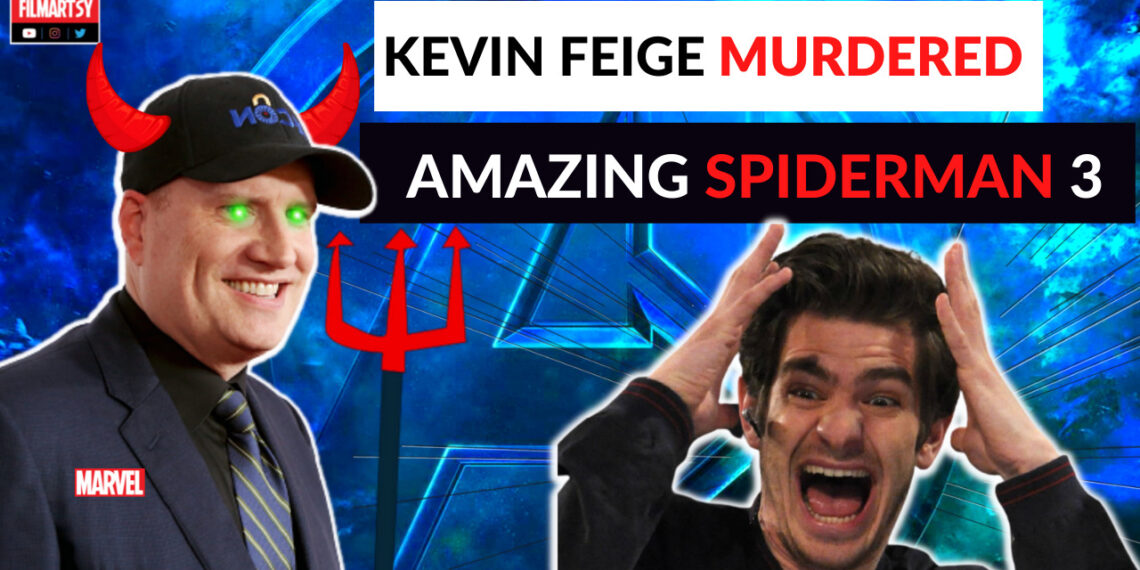 Movie-buff historians will study the inception of the most lucrative entertainment franchise for years to come. The Marvel Cinematic Universe is a spectacular anomaly achieving the impossible. With 26 films and counting, Marvel’s universe captured the hearts of millions ushering a new age of comic fandom and vested superhero interest. Behind the proverbial curtain, the mastermind, Kevin Fiege, has orchestrated the Mona Lisa of cinema. Kevin Fiege’s 3D chess strategies permeate farther than the MCU. Here’s the story of Kevin Fiege ending the Andrew Garfield Amazing Spiderman trilogy.

Trailing the coattails of the critically acclaimed Captain America The Winter Soldier, the Amazing Spiderman 2 received mixed reviews from critics and fans. Sony Pictures Entertainment’s then-co-chairperson, Amy Pascal, decided to bring an expert to the table to ensure a phenomenal third installment. That expert was Marvel legend, Mr. Kevin Fiege.

Kevin Fiege had no intention of pitching the third installment for the Andrew Garfield Amazing Spiderman universe. In fact, his goal was for The Amazing Spiderman 3 to never see the light of day. Instead, Kevin Fiege cast an unheard-of idea at that time. Sharing the intellectual property between Marvel and Sony aka Spiderman joins the MCU. If there was even a 1% chance of the friendly neighborhood web-slinger joining Marvel, Kevin Fiege intended to give it his best shot.

Clearly, Amy Pascal bought the vision cast by Kevin Fiege and the MCU. Tom Holland joined the Avengers in Captain America Civil War. Since then, Tom Holland’s Spiderman has spearheaded the MCU, and Spiderman No Way Home is on pace to shatter box office records. The relationship between Marvel and Sony doesn’t seem to be ending any time soon. Tom Hardy’s Venom officially joined the MCU at the end of Venom: Let There Be Carnage.

We’ll look back one day and realize the masterpiece that is Kevin Fiege’s Marvel Cinematic Universe.