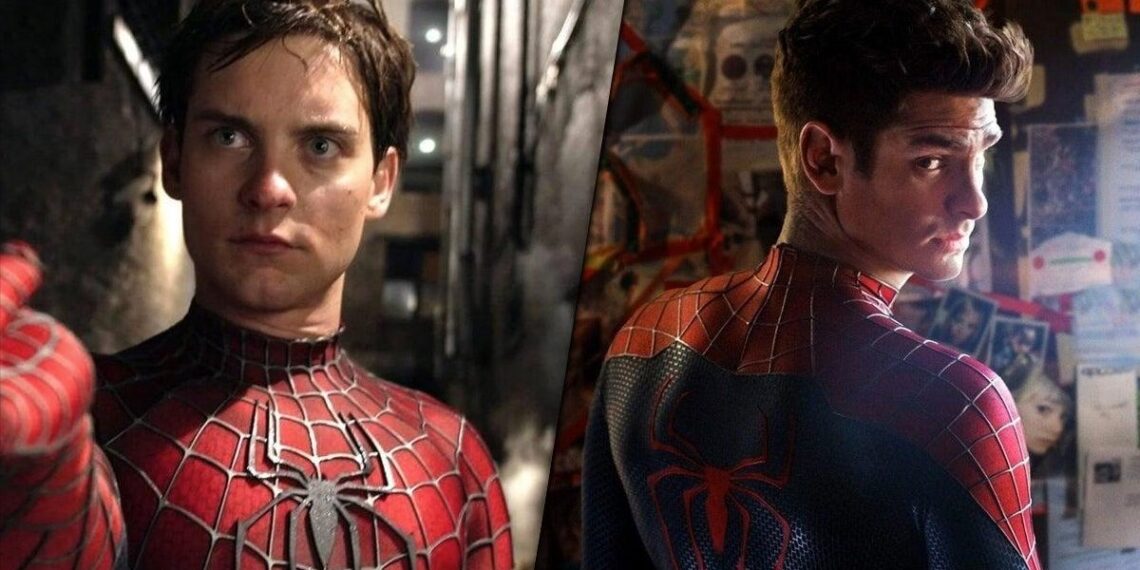 Spider-Man: No Way Home star Tom Holland is teasing a scene he got to film with a Marvel character that blew his mind – but he’s not telling you, the fans, who it is! Empire Magazine is dropping the first big feature on Spider-Man: No Way Home – which may be the most secretive project that Marvel has ever put out. That feature includes interviews with the cast members, culminating with “Mr. Spoilers” himself, Tom Holland. All he would say about the scene he’s geeking out about is that it’s a casual (but meta) conversation scene – but it’s the context of who’s in it that will have fans in uproar.

Speaking to Empire, Tom Holland said that doing a scene with this new Spider-Man: No Way Home mystery character is “one of the coolest scenes I’ve ever shot… It’s four people sitting at a table, having a conversation about what it’s like to be a superhero, and it was amazing.”

More than just shooting the scene, Holland says that seeing the finished product is even better: “The other day we watched the scene, my brother and I, and our jaws were on the floor.”

So now the question is: Who is the mystery character that Tom Holland is teasing for Spider-Man: No Way Home?

The first (and easiest) guess is that Benedict Cumberbatch’s Doctor Strange drops by for some tea with Aunt May and Happy. But that’s also kind of the more boring and obvious option.

Getting more exciting, a lot of fans probably think Tom Holland is making reference to Tom Hardy’s Venom. After all, Holland has been almost religiously disciplined about not dropping spoilers like he did in his earlier days. The fact that he’s even hinting at anything secretive about No Way Home could be the biggest indicator: Venom: Let There Be Carnage already let Marvel fans know that Hardy’s Eddie Brock/Venom is making a dimensional hop over to the MCU for Spider-Man: No Way Home‘s multiverse battle – so how much would Holland be spoiling by hinting at it?

Of course, the real joy of the scene Tom Holland describes above – with Tom Hardy – would be the fact that it would Eddie Brock and the Venom symbiote presumably joining the conversation. Spider-Man director Jon Watts has plenty of comedic chops to run stride with the comedic add-couple duo Hardy has established in Venom movies (Venom’s “Lethal Protector” philosophy all that…). Plus, fans would go wild, naturally.