by FilMonger
in Celebrity News, Marvel 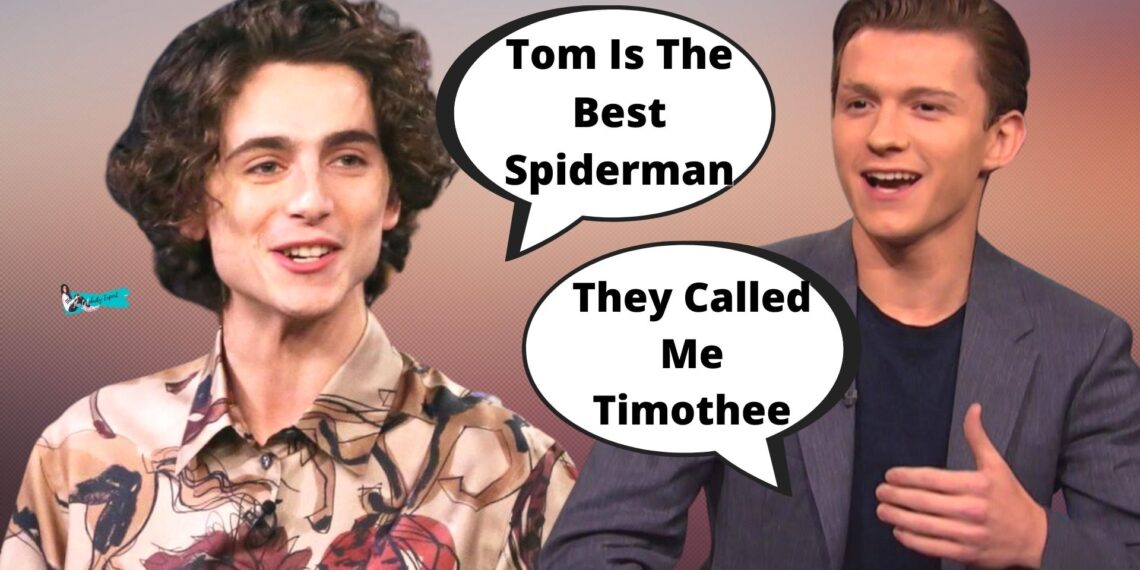 Timothée Chalamet may already be something of a household name, but he said people often mistake him for Spider-Man actor Tom Holland.

Chalamet did audition for the role eventually landed by Holland, recalling at the 2018 Los Angeles Film Critics Association Awards: “I read twice and I left sweating in a total panic.

But it seems there are no hard feelings today. Chalamet told Radio 1 it’s awesome fans confuse him for the young British actor who scored the lead role.

Zendaya and Timothee Chalamet have been spending a lot of time together in anticipation of their new movie premiere. According to the duo, they’re amazing friends. But should Zendaya’s boyfriend, Tom Holland, be worried her on-screen chemistry with Timothee could turn into more?

Right now, Zendaya is out promoting her new film Dune with another young man, Timothée Chaamet. The two did a BFF quiz for Buzzfeed, and it sounds like they’re friendly enough for Chalamet to know all about Zendaya and Holland. During the quiz, they were asked to name their “celebrity crush.”

When asked who each other’s biggest celebrity crush is, Timothée didn’t hesitate with his response. “Easy, Tom Holland,” he said before looking back at Zendaya, who let out a giggle. She didn’t elaborate before moving on, but she also didn’t deny his statement.

On the flip side, Z didn’t know who Timothée’s celebrity crush is. “Maybe that’s a secret on purpose,” she said while jokingly giving Timothée the side-eye.

It seems that Zendaya and Tom may be more than friends, and Timothée’s comment backs up any #Tomdaya theories that have been circulating on the web.

On October 19, Tom posted a photo of Zendaya at the London Dune premiere with a heart eyes emoji, and back in September, he adoringly called her his MJ. The rumored couple was also spotted kissing in a car earlier this year, but neither of them has publicly confirmed or denied their romance rumors.