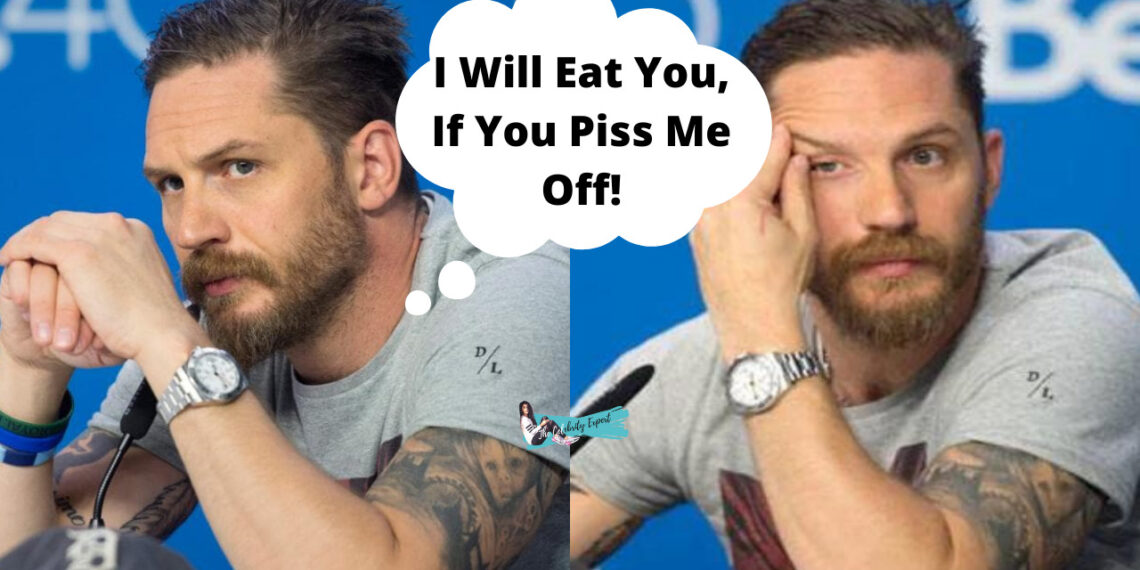 Tom Hardy is known for several remarkable performances in his career, whether they are studio blockbusters like Inception, Mad Max: Fury Road or The Dark Knight Rises.

There are a few things to make whatever character he is playing way more interesting than it has any right to be.

No one really knew what to expect from Ruben Fleischer’s Venom when it opened in theaters in 2018. Sony, by that stage, had loaned its prized possession Spider-Man out to the Marvel Cinematic Universe, but was still attempting to tell stories in Spidey’s adjacent world

starting with the alien symbiote that takes over Eddie. Critics weren’t kind to Venom, but fans seemed to wholeheartedly embrace the tone Hardy was going for in his solo film.

It’s a little easier for Tom Hardy to look back on Venom and laugh because he has the benefit of knowing that financially, the movie was a big success. Sony’s reported budget on the first film was in the $116 million range, while the movie went on to bank an astounding $856 million worldwide.

While Hardy only starred as Eddie Brock/Venom in the first movie, the actor got a story credit for Let There Be Carnage since he worked together with screenwriter Kelly Marcel to bring the film to life

Venom certainly is a popular comic book character, but every industry analyst tracking a Venom movie that couldn’t include Spider-Man anticipated a flop… or, at the very least, a mediocre return.

On the set, Hardy also voices Venom, acting against himself with an earpiece that pipes prerecorded Venom lines into his ear. Marcel would often rewrite dialogue on the spot, transmitting fresh lines to Hardy through the same device.

But what could Venom 3 look like? Well, Hardy is adamant about his wish of fighting Holland’s Spider-Man. Hardy is not sure Disney would agree to bring Venom into the MCU canon, but he states that he keeps pushing for the idea.