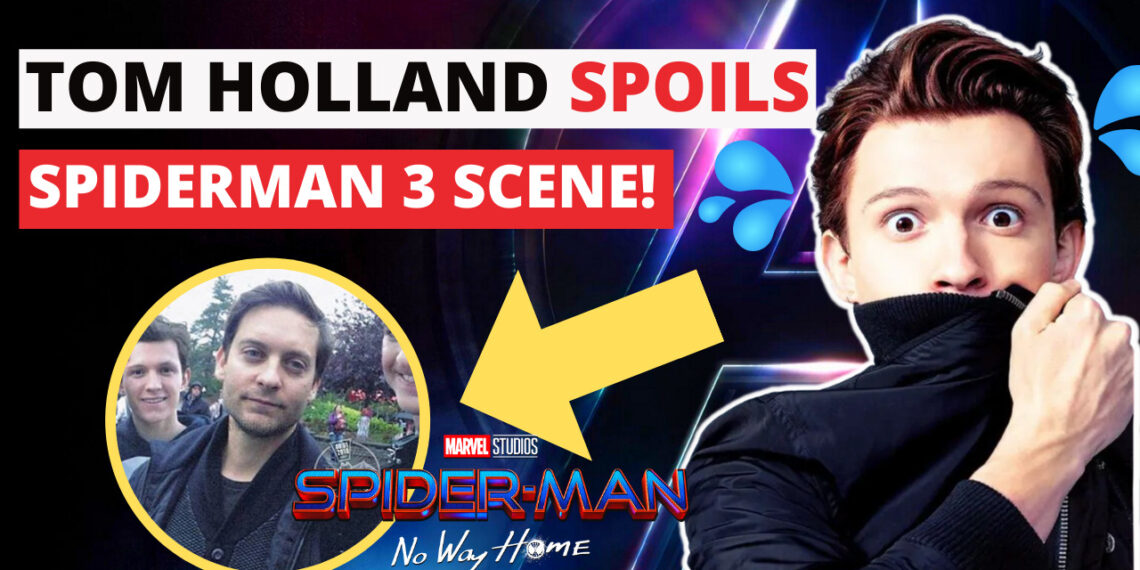 Our favorite web-slinging hero is back spoiling movie plots once again. Entertainment Magazine recently printed Spider No Way Home photos, one with Tom Holland pulling a Forrest Gump at hightailing it away from Doc Oc. The other picture has Tom Holland unmasked in the iconic Spiderman pose. During an interview, Tom Holland revealed a scene that he described as “jaw-dropping.” What’s even more interesting are the characters who may be in the Spiderman No Way Home scene.

A Star-Studded Table of Heroes

In this jaw-dropping scene, Tom Holland conveys that it’s more of an intimate, thought-provoking moment. No massive explosions, multi-million dollar CGI, or stomach-churning plot twists. Instead, a conversation between four characters sat around a table talking about the challenges of being a hero. One of the characters in this scene is Tom Holland, but the rest of this mysterious gathering hasn’t been disclosed at this time. Tom Holland says, “It’s four people sitting at a table, having a conversation about what it’s like to be a superhero, and it was amazing.” He goes on to say that it’s the “coolest scene” in the film, maybe in Marvel history.

The 4 Mysterious Characters in Spiderman No Way Home

When Tom Holland calls a scene “the coolest scene in Marvel history,” it makes me think that the characters play a significant role. Some say the characters are Jon Favreau as Happy, Marisa Tomei as Aunt May, Benedict Cumberbatch as Doctor Strange, and Tom Holland as Spiderman. Unfortunately, I don’t think this cast of characters would receive such high praise for the scene Tom Holland described. In fact, a scene where Tobey Maguire as Sam Rami’s Spiderman, Andrew Garfield as The Amazing Spiderman, Tom Hardy as Sony’s Venom, and Tom Holland as the MCU Spiderman talk about the challenges of being a hero in their respective universes would break the internet.