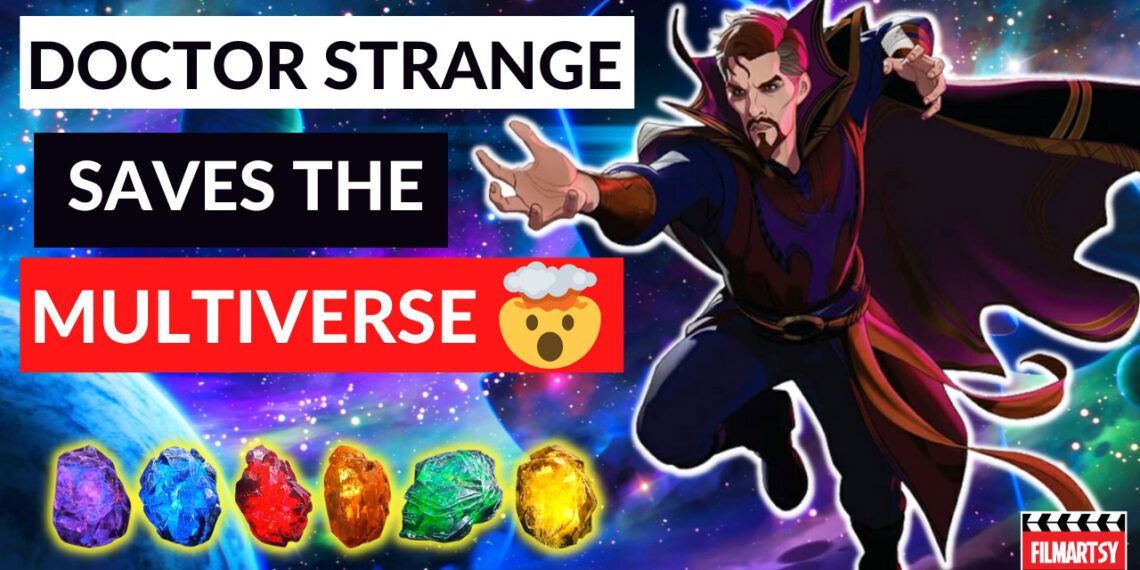 After a nine-week trek, we are at the epic conclusion of Marvel’s “What If…” animated series. I’ll be the first to admit that this series has had jaw-dropping triumphs and eye-rolling lows. In this last episode, Marvel did an excellent job tying together the previous eight story arcs culminating into a satisfying ending. Here’s our review of the final installment of the Marvel “What If…” series.

The Guardians of the Multiverse

Immediately after a near-death encounter with Ultron, the Watcher decides to break his long-withheld oath of non-inferement. He gathers a team of unlikely heroes from all over the multiverse and forms the Guardians of the Multiverse. Instead of enlisting MCU powerhouses like the Hulk or the Celestials, the Watcher gathers a motley crew of heroes ranging from superpowered to no powers. The team includes Sorcerer Supreme Strange, Thanos Killer Gamora, Star-Lord T’Challa, Party Thor, Captain Carter, and Killmonger.

If you’re wondering how an all-powerful Ultron will be defeated, you are not alone! Episode eight establishes Ultron as a multiverse god capable of anything. The idea that he would lose seems farfetched at best, especially to this gathering of heroes. Initially, the Guardians of the Multiverse focus on removing the soul stone from Ultron’s armor. They would use that stone to power Gamora’s infinity stone crusher, and the crusher would destroy the remaining stones. I felt that this plan had holes from the get-go, but you learn that the Watcher knows this plan will fail.

The True Plan of The Watcher

Fast forwarding, the Guardians of the Multiverse inject Zola into Ultron’s AI. This virus momentarily releases the infinity stones, which Killmonger immediately gathers. Killmonger wants to use the stones to heal all universes with him acting as a sovereign ruler. Zola reactivates Ultron’s body, and Kilmonger and Zola fight over the ultimate possession of the infinity stones. Sorcerer Supreme Strange realizes that winning the battle against Ultron is not the goal. Using his immense power, Sorcerer Supreme Strange traps Kilmonger and Zola into a pocket mirror-dimension universe.

Marvel’s “What If…” Finale

The end of the episode gives us some happy endings to different heroes’ stories leaving us with a satisfying finale. The action sequences between the Guardians of the Multiverse and Ultron were a spectacle to behold. Seeing Sorcerer Supreme Strange unleash his devilish might left my jaw on the floor. Even Black Widow honoring Hawkeye by shooting the Zola arrow into Ultron’s eye was breathtaking. This episode was a fitting end to an overall enjoyable series, and I can’t wait for the next one.