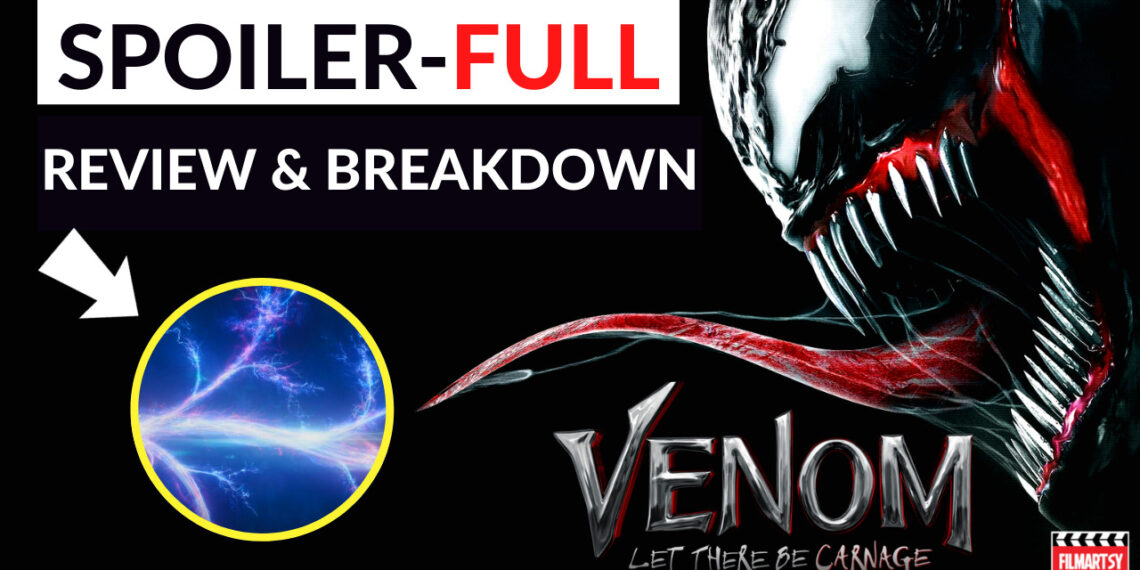 The hype train is full steam ahead due to the massive end-credit scene in Venom Let There Be Carnage. Despite all the thorough breakdowns of the post-credit scene, ALL of these videos are wrong about one key point, and if you don’t care about spoilers, the answer is at the end of this post. Before we get to the juicy details, we have a movie to review! Here are our thoughts on Venom Let There Be Carnage.

Venom 2 Learns From Past Mistakes

There’s nothing more satisfying than a self-aware movie franchise. In the original Venom, it lacked a coherent storyline, and the villain was forgettable. As a result of significant criticism, Sony brought in heavy hitter Woody Harrelson as Carnage. In addition to adding a better villain, Sony capitalized on what worked in the previous film. Venom and Eddie’s comedic relationship was the glue holding the story together. During this film, Venom Let There Be Carnage leaned into this relationship heavily, and it paid dividends.

My main complaints about this film are nit-picky. The relationship between Tom Hardy and Woody Harrelson doesn’t make sense. They never explain why Eddie Brock caught Case Kasady’s eye. If he had any inclination that Eddie was Venom, you wouldn’t know watching the film. When Case bits Eddie to become Carnage, there’s no explanation for him choosing to do so besides being a nutball. Multiple times during the film, Case tries to explain that he wanted Eddie to be like a family member to him. Why? We have no idea.

The end battle scene got chopped like diced tomatoes. There are some whack decisions in this final sequence. Carnage goes through the trouble of marrying Shriek and Case only to change his mind about Shriek minutes later. Shriek gets tossed down the cathedral tower by Venom and screams. The scream obliterates the cathedral tower leading to Case’s demise. Why did she do that? I don’t know.

Venom Let There Be Carnage is a fun, action-packed gooey symbiote film. It won’t be cracking anyone’s top 10 superhero movie list, but it was a good time at the theater.

The real treat was the end credit scene. Long story short, Venom is officially joining the MCU!!! Doctor Strange’s spell washes over Eddie Brock’s vacation room, transporting him to Tom Holland’s universe. The ONE THING every reviewer is getting wrong has to do with Venom. They assume Venom licking the screen indicates evil intentions. Many are claiming Venom is the last of the Sinister Six. I couldn’t disagree more. I think Marvel is setting up Venom as an anti-hero, not a villain. He may be against Spider-Man initially, but I would be shocked if he did join the Sinister Six.

Watch Venom Let There Be Carnage! 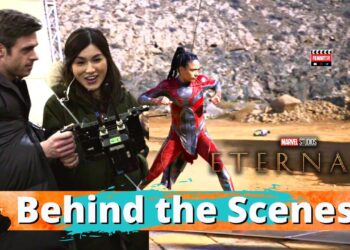