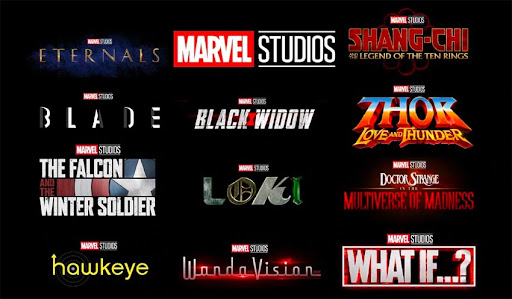 The Marvel Cinematic Universe has big plans for the future. To keep all of the upcoming Marvel movies straight, we’ve laid out the next few years’ worth of Marvel Studios films in this feature, which will take you through all of the official titles announced for Phase 4 and Phase 5 – as well as the unscheduled superhero movies that are currently in development.

When it comes to the cosmic side of Marvel Comics, the Marvel Cinematic Universe movies have only scratched the surface so far. Sure, we’ve seen a few Thor and Guardians of the Galaxy movies, and Captain Marvel opened some new doors, but there are thousands upon thousands of beings out in the cosmos that have yet to make their live-action debut. The Eternals is a tremendous step in that direction, as there is a whole world of godly characters created by Jack Kirby that should make for tremendous exploration on the big screen, and we will get an excellent dose of all that when the project is released in 2021.

Chloe Zhao was previously in the running to take the helm of the Black Widow movie, and while she didn’t get that job, Marvel Studios decided they wanted her to stick around to make The Eternals. The comics tell the story of a race of beings created from proto-humans by god-like aliens known as Celestials, and it’s been said that romance will be at the center of the intergalactic story. The project is putting together an excellent ensemble with Richard Madden as Ikaris, Kumail Nanjiani as Kingo, Lauren Ridloff as Makkari, Brian Tyree Henry as Phastos, Salma Hayek as Ajak, Lia McHugh as Sprite, Don Lee as Gilgamesh, Gemma Chan as Sersei, Barry Keoghan as Druig, Kit Harington as Dane Whitman a.k.a. Black Knight,and Angelina Jolie as Thena.

Being technically classified as “Sony movies,” the Spider-Man films in the Marvel Cinematic Universe have always been a different beast in the grand scope of the franchise – and it’s because of this strangeness that the upcoming sequel to Spider-Man: Far From Home nearly fell apart in its early days. Following the release of the webhead solo movie in summer 2019, Marvel Studios/Walt Disney Studios and Sony Pictures had a contract dispute, and as a result it looked like Spidey’s future in the Avengers world was over. Fortunately, however, the issues were resolved, and now the blockbuster is back on track to be released in December 2021.