by Tony Stark
in Behind the Scenes, Bloopers, Marvel 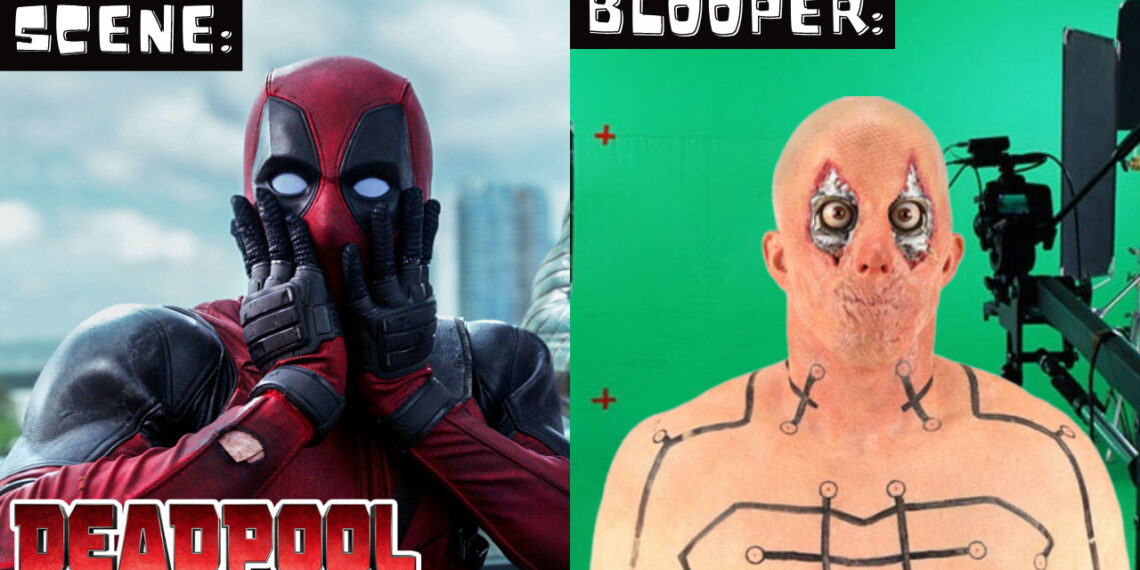 Deadpool and Deadpool 2 are two of the highest-grossing rated R in cinematic history. Fox Studios went against the standard watering down of violent comic characters and gave us an unfiltered Deadpool film. The result? An absolute smashing success. Deadpool surpassed all expectations and took the top spot for the highest-grossing R-rated film. Part of Deadpool’s success is due to its main protagonist, Ryan Reynolds. Few actors embody their character like Ryan Reynolds. The idea of anyone else playing Deadpool seems asinine similar to someone taking on the role of Wolverine besides Hugh Jackman.

Deadpool: A Different Type of Movie

The vibe and energy on the set of Deadpool was unlike any most had ever experienced. Behind-the-scenes and bloopers reveal jovial interactions and can’t-catch-your-breath jokes amongst the crew and cast. You can feel the joy oozing from those working on the film. This film was true to itself, and that genuineness translated to the big screen. Ryan Reynolds played a massive role in establishing the unique onset culture. Executives from Fox wouldn’t produce Deadpool if Ryan Reynolds didn’t hop on board. Ryan Reynolds not only hopped on board; he took the marketing for Deadpool to the next level.

Deadpool 3 Connecting Deadpool to the MCU?

With Disney’s acquisition of Fox Studios, many wonder whether Deadpool will join the MCU. Disney announced that a 3rd Deadpool installment is coming in 2023, but the entertainment has yet to announce Deadpool joining their crew of heroes. Deadpool being an R-rated hero puts Disney in a tricky situation. Historically, Disney’s MCU films are family-friendly with a standard PG-13 rating. Nerfing Deadpool would go against the strategy that’s garnered his massive success. At the same time, Deadpool frequently breaks the 4th wall. Theoretically, he could acknowledge the PG-13 censoring in a humorous Deadpool manner. Only time will tell, but I truly do hope he joins the MCU.