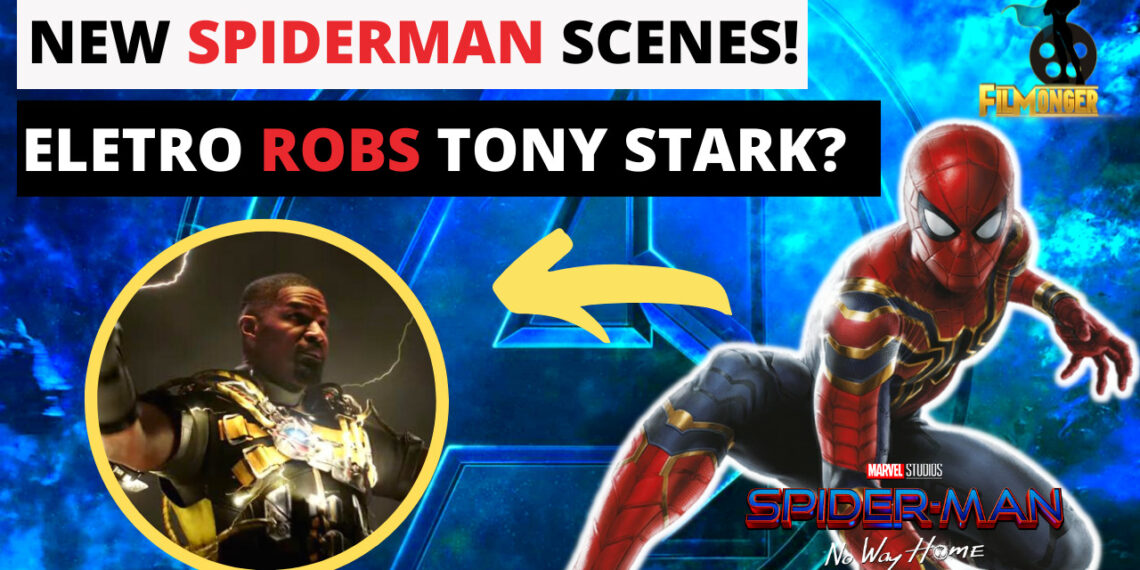 New Spiderman No Way Home TV spots circulated the internet over the weekend. Unfortunately, the TV spots don’t reveal anything regarding Tobey Maguire and Andrew Garfield, but the TV spots do reveal some amazing timeline implications. In these new never-seen-before scenes, fans get better looks at Electro, Sandman, and the Lizard, more lines from Electro and Doc Oc, and an adorable interaction between Tom Holland and Zendaya.

New Looks at Electro, Sandman, and the Lizard

One of my main complaints from the second Spiderman No Way Home trailer was the shotty CGI of Jamie Foxx’s Electro. Every Electro sequence in the second trailer was the equivalent of watching 8-bit pixels glow and move. In these new Spiderman No Way Home TV spots, we get clean and up-close looks at Jamie Foxx’s Electro, and he looks spot on. Sandman and the Lizard get some fresh camera angles, and the Lizard emits a Jurassic roar that sends shivers down J. Jonah Jameson’s spine. No other villains were in these new TV spots, so fans will continue to speculate the sixth member of the Sinister Six.

The character who receives the most scene additions is Alfred Molina’s Doc Oc. Most notably, the lines in the Spiderman No Way Home TV spots reveal Doc Oc’s multiversal confusion. Upon fighting Tom Holland’s Spider-Man, he exclaims that new Spidey suits won’t save him, and Tom Holland wonders if they somehow know each other. Eventually, Doc Oc pins Tom Holland against the bridge column removing his mask. To his massive surprise, this strange young boy isn’t the Spiderman he knows. You can see the visible confusion on his face as he realizes something has gone terribly wrong.

Electro’s storyline got much more interesting after the new TV spots reveal an arc reactor mounted on his chest. The arc reactor reveal definitively proves that this Electro is not from the Amazing Spiderman universe. Furthermore, he apparently exists in a universe with Tony Stark. Did Electro steal the reactor from Tony Stark? Did he work with Tony Stark in his universe? Only time will tell.