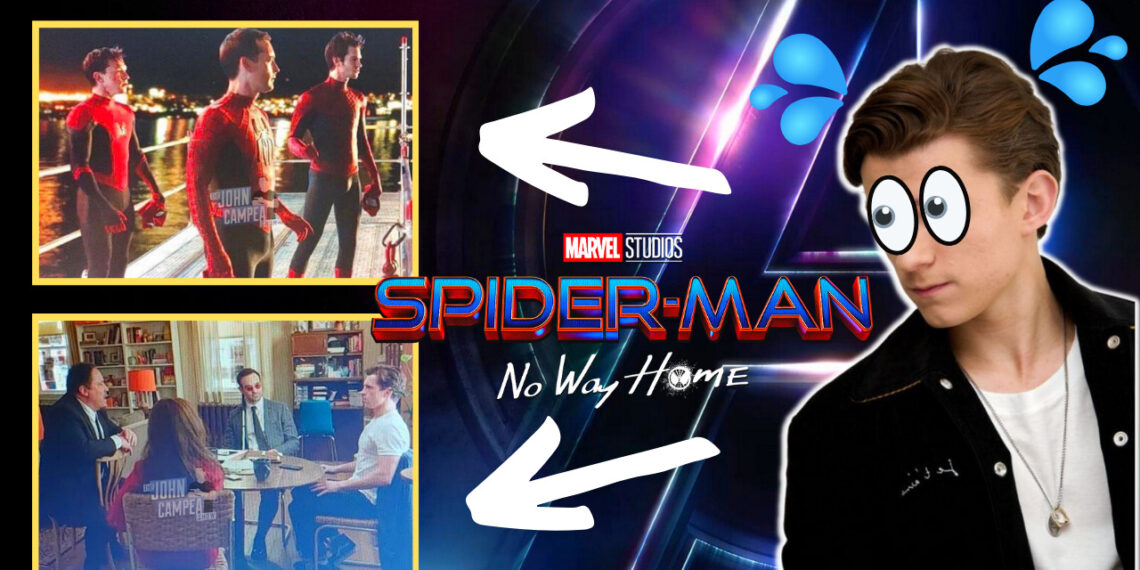 The first leaked picture shows Happy, Aunt May, and Peter Parker seated around a table. This setting is the scene Tom Holland described as the best scene ever made in the Marvel Cinematic Universe. During this scene, Tom Holland talks about the challenges of being a hero and the price that comes with it. In addition to Aunt May and Happy, the picture reveals the highly rumored entrance of Charlie Cox’s Daredevil. Reports confirm that Charlie Cox is joining the MCU in the next phase, but the photo indicates it’s much sooner.

The second leaked picture confirms that Tobey Maguire and Andrew Garfield will join Tom Holland in Spiderman No Way Home. Of course, there’s no confirmation of the legitimacy of this leak, but it’s the best photo of them yet. The scene lines up with some of the “deep fakes” that are swirling around the internet. Most fake photos are easy to identify, but this one is either really well done or is 100% legit.

Jamie Foxx Is In Spiderman No Way Home